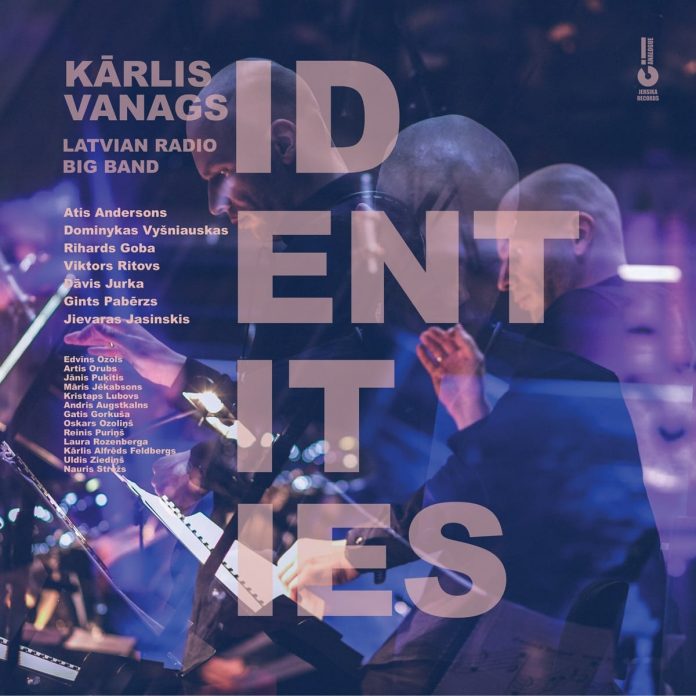 Identities is the latest recording from the Latvian Radio Big Band – self-described as “one of the most legendary jazz music ensembles in the Baltics”.

The seven tightly woven compositions are written, arranged and conducted by tenor saxophonist Kārlis Vanags, and were recorded directly onto analogue tape during a live performance back in January 2020. The recording quality can’t really be faulted, and not one voice is lost among the ensemble.

Two particularly funky pieces – Self Esteem, and Belief – form the head and tail of the album and feature some fantastic performances from guest musicians Atis Andersons on the Hammond organ, and Jievaras Jasinskis on trombone.

On Inner Voice, the band draw back and allow pianist Viktors Ritovs to take a short unaccompanied solo: Mellow and introspective, it stands out amongst the rest of the bolder big-band arrangements as a particularly beautiful composition.

Ultimately, Identities delivers on all the key aspects of a contemporary big band recording: that rich unified sound, with some swinging solos throughout. And in a recording this crisp, little else is needed.

Whether leading his various quartets or the superlative Dream Band, Terry Gibbs (now 96 and still playing and recording) never...

Ron Rubin, the pianist, bassist and poet for many years at the centre of the British jazz scene, has died aged 86. Ron Rubin was...

Continued from last month... Meetings between giants of different eras are intriguing and often very special. Lionel Hampton’s style was from the past, but he could...

Of the group of younger tenor players who have made their way in New York jazz, Sonny Rollins has been a leader and the...

Kārlis Vanags / Latvian Radio Big Band: Identities"Identities delivers on all the key aspects of a contemporary big band recording: that rich unified sound, with some swinging solos throughout. And in a recording this crisp, little else is needed"
Advertisement