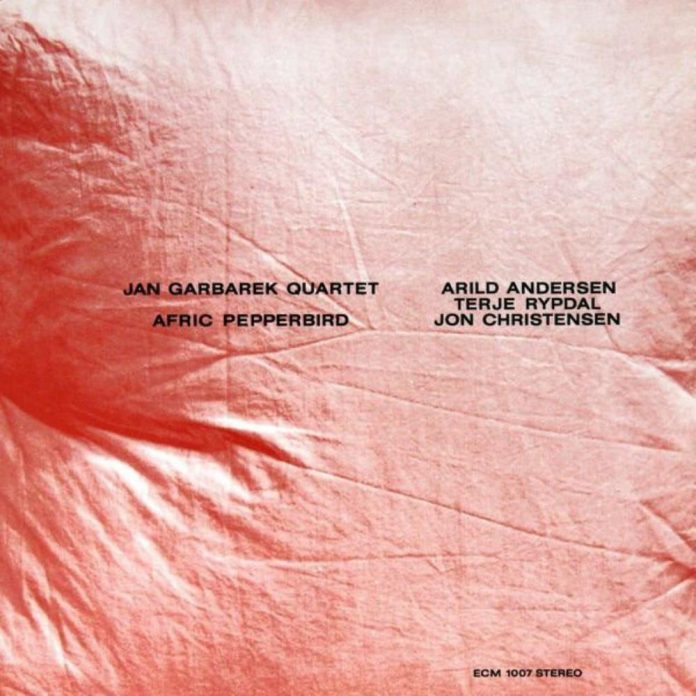 I remember Barry McRae finding this release ‘surprisingly good’ in his September 1971 JJ overview of some of the first ECM issues, and 20 years have born out his judge­ment. Given the extraordinary range of music Garbarek has sub­sequently recorded, it’s tempting to focus on his playing and note the clear relation to Ayler and Shepp here (Blow Away Zone), as well as the intimations of the sort of mythical/folk overtones which would subsequently distinguish so much of his work (the spacey flute in the coda of Kommodo, or the beautifully graduated, high register control in the tenor theme of Scarabee). But that would be to overlook the whole point of Garbarek’s music, which has always been rooted in a subtle feeling for group interaction.

This quartet was a very strong unit, with everybody playing a full role, whether the music be con­cerned with an AEC ‘little instru­ments’ atmosphere (Scarabee), haunting miniatures (the almost Webern-like MYB and Concentus) or steaming passages of free play­ing across implicit tonal centres (Blow Away Zone, Kommodo and Pepperbird).

Andersen’s dark, res­onant power is beautifully cap­tured in the consonant ostinato lines of Pepperbird and Kom­modo, while the scurrying energy of the cross-rhythmic heat of Zone evinces both the speed and accu­racy of his intonation. Rypdal con­tributes intriguing tonal effects and some nicely measured rock ideas, while Christensen reveals the intelligent variety of touch and accents that would soon make him one of the most sought-after drummers in Europe.

The music sounds as fresh now as the day as it was recorded, and in fact, in places is not that far removed from certain aspects of Garbarek’s recent Runes release.

Betsy Bell - 09 September 2020
His playing based on early piano styles such as swing, stride, boogie and rhythm and blues, Gavin Povey showcases a palpable talent in When I Hear Rhythm $ Blues....