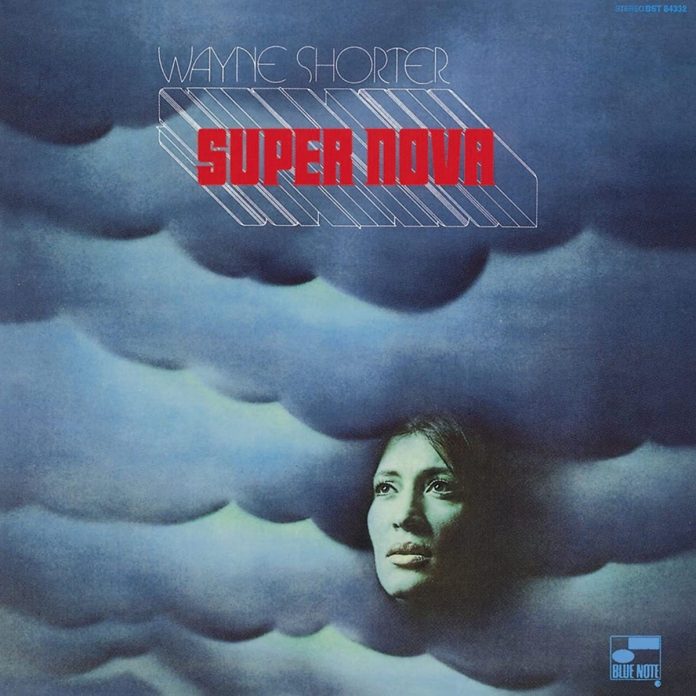 On this weird ‘space music’ record Shorter plays only soprano saxophone which he has been concentrating on of late. He seems to have patterned his playing after that of John Coltrane, although his tone is not quite so dry as was Trane’s.

Nothing on the album really turns me around and it is a far cry from Shorter’s splendid Adam’s Apple set. The emphasis on free playing may be ex­plained by what the liner note calls ‘a very loose date with no rehearsal’. Some aspects of the performances just don’t make sense. For instance the ‘play-as-we-please’ wild in­troduction and ending to Dindi bears no re­lationship at all to Maria Booker’s slow and emotional bossa (but not super) nova vocal.

Super Nova is one of those increasingly numerous sound storms that batter the ears these days while Swee-pea, a tribute to Strayhorn, of course, is a limpid, static theme that fails to get off the ground. Water Babies has a typical Coltrane type of atmosphere as in­deed does the rather boring Capricorn. Neither was I especially enlightened by the curious More Than Human, with its banjo-like accompaniment.

For this listener the LP is, as you will gather, largely baffling. Barry McRae, on the other hand, may have been able to offer a more useful evaluation of the proceedings. Herb Wong reckons ‘the Shorter album sets up movement for new directions with consum­mate power’. One wonders if the new direc­tions are the right directions. Let’s just say they’re not my bag and leave it at that.

To celebrate the 100th anniversary of Erroll Garner’s birth, Octave Music in collaboration with Mack Avenue Records and the Erroll Garner Project have issued...

The first time I heard the name Dick Bank must have been around 1992, and it came about in a somewhat peculiar way. I...

Matt Brennan is a drummer, and protégé of socio-musicologist Simon Frith. As Brennan rightly comments, it's bizarre that there's been no book-length scholarly history...