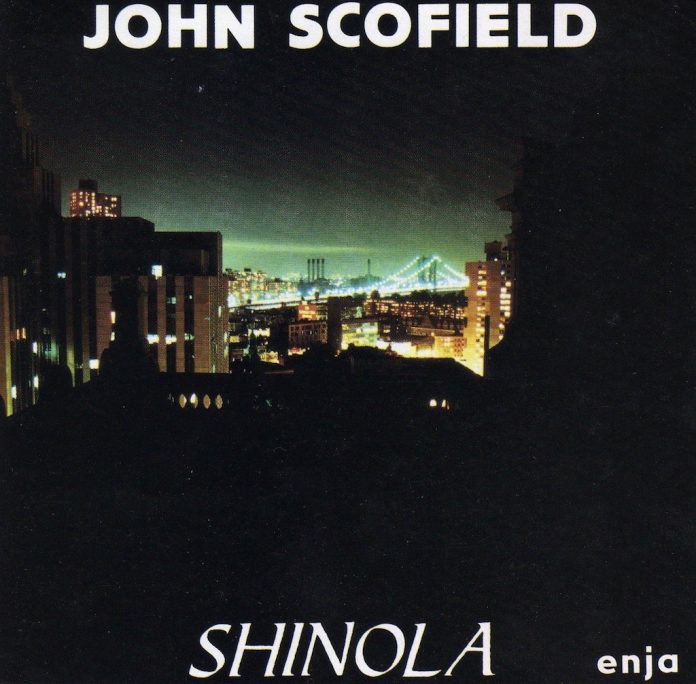 Although these five CDs span an 11 year period in Scofield’s varied career, they illustrate a narrow range of his art. There’s a seven year gap between the last two albums, and so scant refer­ence to the high octane fusion which brought him widespread acclaim 1983-88.

This is essentially straight-ahead Scofield. Even though Swallow’s electric bass under­pins the chamber jazz of the two Enja trio sets, these are in the main less obtrusive than their all-acoustic neighbours, Live and Rough House. I say in the main because on Shinola’s title track Scofield rocks out with a brutality which prefigures his playing on such Gramavision albums as Still Warm and Pick Hits.

Live and Rough House brought the first major evidence of Sco­field’s burgeoning talent. Live was his first album as leader, and together with its sister set fea­tures some of his finest playing. These solos are fresh with dis­covery, and announce the man­nerisms and ideas which came to define Scofield’s style. The CD edition of Live is expanded to accommodate a live version of Air Pakistan (not the Rough House cut), an unedited version of Leaving and the gentle country/gospel ballad Jeanie. Little more is thus heard of Sco­field, however. Only on Jeanie does he take a major role; elsewhere his sidemen do the work. The highlight of Live remains Softly, where Sco’s loping theme statement is followed by a mas­terfully indifferent half-note entry to a burning solo.

Shinola and Out Like A Light have a different charm. Perhaps under the guidance of mentor Swallow, Scofield took a more lyrical course, one in which the influence of Jim Hall can be de­tected. Solos and compositions are by and large more measured, and a prime example is Light’s superbly developed Holidays, which moves to a crescendo at something approaching the per­fect gradient. It may be signifi­cant however that none of these pieces has achieved the near standard status of such items as Rough House and V. On occa­sions it seems that the trio fail to reach a rhythmic consensus, and for all their pleasures, these are not among Scofield’s most inte­grated recordings.

Flat Out finds Scofield coming virtually full circle. Accompanied by a non-electric rhythm section, he revisits some old friends – All The Things, with its darting a cappella intro, and Softy (a re­vised Softly) – and introduces us to some hitherto unfamiliar coun­try cousins – Cissy Strut, Secret Love, In The Cracks and Rockin’ Pneumonia. Many wondered how Scofield would follow the blistering successes of Still Warm et al, and in the manner of the day he has chosen to go forward by looking back. The r’n’b dust-offs Strut and Pneumonia have a quaint charm, and Secret Love is a pretty sequence, but the voguish Hammond B-3 has no place in the contemporary jazz ensemble. In any case, these pop and r’n’b trifles sit awkwardly with the sophisticated freebop of The Boss’s Car or the precipitate bebop of Flat Out. I’m waiting for a 50 minute remix of the former.
Mark Gilbert

Derek Ansell - 12 March 2020
Any new, previously undiscovered Coltrane is something to get excited about and this one is no exception. It was recorded to provide music for Canadian filmmaker Gilles Groulx’s Le...