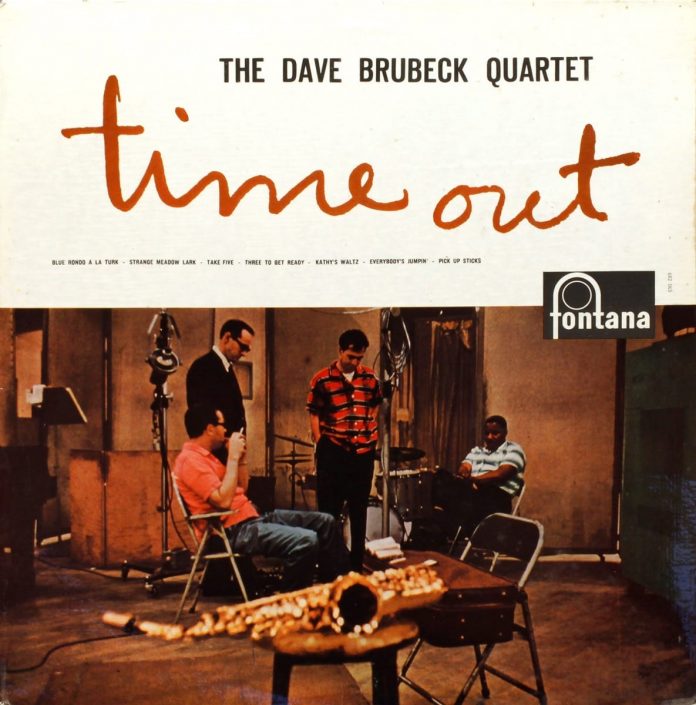 A period assessment of the renowned Brubeck album that didn't "quite work out". Review by Mike Shera, first published in Jazz Journal July 1960

The reason for the title of this album is that Brubeck has used time signatures other than 4/4. Steve Race’s liner notes are very helpful, but he makes one rather odd remark – “rhythmically, jazz has not progressed”. In fact, Brubeck’s music is rhythmically much simpler than Charlie Parker’s. What Steve Race means, presumably, is that jazz has been tied to 4/4 time, but this is not the first attempt to get away from 4/4 time. In recent years there have been several, mostly in 3/4, and here Brubeck uses 9/8, 5/4, and 6/4 as well. The idea behind the album is praiseworthy. Unfortunately, it doesn’t quite work out.

Two of the most completely success­ful experiments out of 4/4 time in recent years have been “Flamenco Sketches” in the Miles Davis “Kind Of Blue” album and “This Here” in the Cannonball Adderley Quintet album on Riverside. Both are in 3/4, and the reason for their success is that they fit into the context of the remainder of the album. There is a complete lack of self-consciousness about them, and none of the musicians have any trouble swinging in the unusual time signature. Un­fortunately, in the album under con­sideration, there are few occasions when Brubeck is able to swing when not playing in 4/4. Of course, it may be that the music he is developing here is outside the jazz field, in which case it would not matter that it does not swing. It would be interesting to know whether Brubeck himself regards this album as jazz.

The playing of the remainder of the group is, as always, exemplary. Morello copes very efficiently with the different time signatures, and Wright is very effective. Desmond’s playing swings most of the time, and is much closer to jazz than Brubeck’s. By far the most successful track is “Pick Up Sticks”. Despite the title, it isn’t a drum solo. The mood of the performance is rather similar to Miles’ “Flamenco Sketches”, and this similarity is perpetuated by Brubeck’s opening piano solo, which sounds almost like Bill Evans. After Desmond’s solo however, Brubeck re­turns and completely destroys the ex­cellent feeling which has been built up by hammering away in his usual “now I’m creating” manner.

It would be fair to say that smooth jazz polarises opinions in the UK. For many it is too commercial and too closely associated...

Phil Schaap, broadcaster, educator, jazz historian, record producer and seven-time Grammy winner died in Manhattan on 7 September. He was 70, and for nearly...

Leonard Feather once called Frances Faye “A consummate night-club performer” and comedian Joe E. Lewis nominated her as the “Queen of the super-clubs”. A...

If anyone has a stronger claim to being a missing link between David Bowie and Bessie Smith than Dana Gillespie then I don't know...

What with the pop-art cover, and Tony Williams' R&B patterns on Stuff, I wondered what Miles was letting us in for. Surely he hadn't...