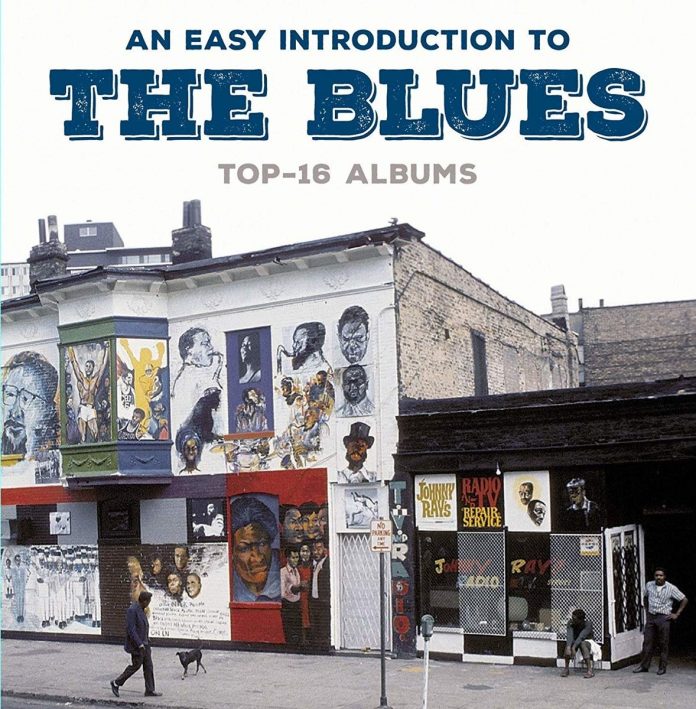 This neat-looking box set has eight CDs containing 16 LPs that were mostly recorded between the mid 50s and early 60s. Recording techniques had markedly improved during that period compared to previous years. If the set looks familiar this is because Masterworks issued an identical package in 2013. And also a similar 15-album set which came out minus the Freddy King album.

No “respectable” blues collection should be without BB King of course and he has the first CD to himself. It comprises two classics released by the Crown label in 1960 – King Of The Blues and My Kind Of Blues. The second CD has the first two albums of R&B singer Etta James: At Last (1960) and The Second Time Around (1961), both released on Chicago’s Argo Records.

Post-war Chicago blues was shaped by Muddy Waters when he converted from the acoustic blues of the Mississippi Delta to the electric sound which has influenced many artists ever since. One of his best albums, At Newport, shares a CD with Muddy Waters Sings Big Bill. Both LPs were released in 1960. Similarly, the trademark “talking blues” and driving electric guitar of John Lee Hooker is well represented on the set’s fourth CD by the sharing of I’m John Lee Hooker (1959) with Travelin’ (1960), both released on Vee Jay.

Surprisingly, Howlin’ Wolf’s debut album, Moanin’ In The Moonlight (1959) shares a CD with Bobby Bland’s, Two Steps From The Blues (1961). I’m not sure why, unless it’s for contrast purposes. If you were to compare Wolf’s Smokestack Lightnin’ for instance with material on the partnering album you might consider the latter to be somewhat bland. The sixth CD has Jimmy Reed’s second album on Vee Jay, Rockin’ With Reed (1959). Reed was one of the most successful blues artists of the era and influenced the likes of Elvis Presley, The Rolling Stones and Eric Clapton during the 60s blues boom. His album is accompanied by Ray Charles’s The Genius Sings The Blues (1961). This was Charles’s last recording for Atlantic and comprises 12 blues songs from various sessions during his stay with the label.

CD7 has Screamin’ Jay Hawkins’ 1958 album At Home With Screamin’ Jay Hawkins (with the seminal I Put A Spell On You). It’s a hybrid album however and includes Hawkins’ strange faux-operatic takes on songs such as I Love Paris and Ol’ Man River. The other album on this CD is Johnny “Guitar” Watson’s Space Guitar Master, the content of which is actually mostly rock ’n’ roll. Watson never had a hit record [except after his reinvention as a soul performer – his 1994 Bow Wow did well in the charts and got a Grammy nomination – Ed]. but he’s remembered as the guitarist who influenced Bo Diddley. The last CD of the set contains a singles compilation from 1949-1957 of New Orleans, rumba-based pianist and singer Professor Longhair, No Buts, No Maybes. Sharing that CD is the Freddy King album that Masterworks omitted from its 15 album set – Freddy King Sings. This was King’s first album and was originally released in 1961. It’s one of the best in the set. King was eventually to move beyond blues and R&B into commercial funk territory.

Overall, this is a somewhat quirky selection. Some of the artists might have been better substituted by others. Even keeping within the parameters of the chosen recording era and restricting this to artists who made LPs (apart from just singles and EPs), musicians such as Willie Dixon and Sonny Boy Williamson might be considered as more representative of the blues style. And what about Elmore James, Lightnin’ Hopkins or T-Bone Walker? Having said this though, it’s recognised that with only 16 LPs to choose from you can’t expect to cover the gamut and as an introduction this box set isn’t bad. It’s a collection for anyone unfamiliar with the genre and those who may find it useful to fill a gap or two in their collection. It comes with a 20-page booklet of updated liner notes.

Working extensively in New York City from around 1954, this fine artist performed first in clubs, restaurants and bars as a pianist-singer. She also...

Various: An Easy Introduction To The Blues - Top 16 Albums"Overall, this is a somewhat quirky selection. Some of the artists might have been better substituted by others ... It’s a collection for anyone unfamiliar with the genre and those who may find it useful to fill a gap or two in their collection"
Advertisement