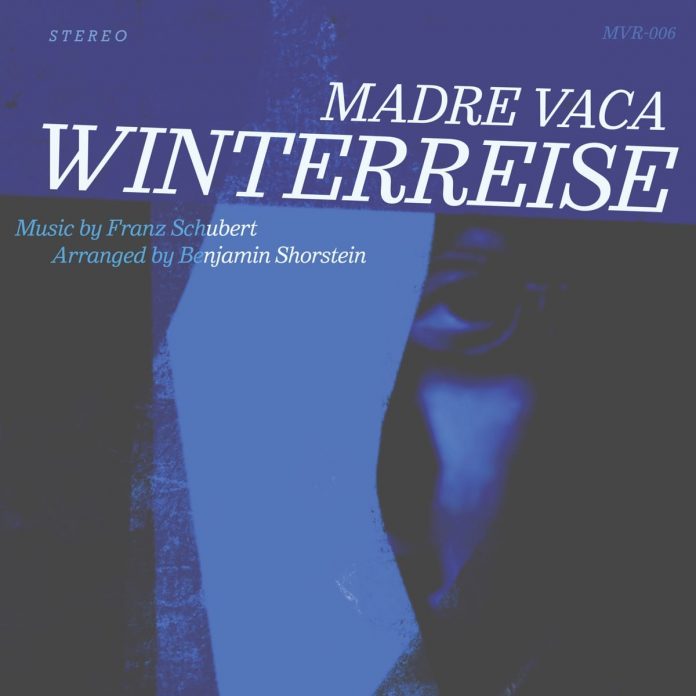 A cynical world in which mass suffering is considered more worthy of attention than the individual tortured by angst might regard Schubert’s Winterreise song cycle as too self-referential. The story told in its 24 lieder based on unmemorable poems by Wilhelm Müller is easily summarised: distraught male walks out on his beloved on a cold night, has a bit of heart-searching, becomes momentarily upbeat, then slumps back into despond. As a vehicle for jazz musicians without the vocal it sounds unpromising. But universalised, its protagonist’s plight might be considered as nothing more or less than the blues.

The collective octet Madre Vaca doesn’t take that literally in the 10 songs it’s chosen from the cycle; yet the connection legitimises a treatment in terms of jazz that always acknowledges its roots. Thus the opening Goodnight (Gute Nacht) is almost a parody – collectives do parody well – of rough-and-ready bands echoing across the skies above New Orleans. It might be a poke at the Crescent City as well as at Schubert’s forlorn hero on the road to nowhere. But maybe it’s not a send-up at all but jazz musicians extending a welcome, in drummer Benjamin Shorstein’s colourful and lively arrangements, to music they understand and love. Any idea that theirs is buttoned-down music lampooning the buttoned up seriousness of classical-music performance is off-target.

Some of the tunes work better than others. There are not many jazz inflexions in Schubert’s music – not ones that jazz musicians would concede – so that The Weathervane (Die Wetterfahne) attracts a considered treatment, only for the explosion of instruments half way through to sound like frustration at the difficulty of getting a handle on the melody. Not so the modal surge of Juan Rollans’s tenor sax atop pianist Jonah Pierre in melting Frozen (Gefrorene Tränen), though it’s the tears of Schubert’s character that freeze. The result sounds deliberate, as Madre Vaca’s interpretation is a long way from icebound joylessness.

Other tracks work in mysterious ways too, as if subverting the song’s emotion. Last Hope (Letzte Hoffnung) is anything but, its free-impro tendencies wedded to Monkish ones and others jollying things along. The coup de théatre of The Sun Dogs (Die Nebensonnen: The Mock Suns, in Schubert’s original) is pure post-modern jolt: a straight reading of the score played by Pierre and sung with an amateur’s touching enthusiasm by Shorstein.

Madre Vaca’s Winterreise doesn’t always work. But it’s not a caricature, and it would be uncharitable not to call it a homage.

Brian Payne - 13 October 2019
Surprisingly, this is only the second album that Quentin Collins has recorded under his own name since his debut CD 12 years ago. In the meantime he’s recorded a...