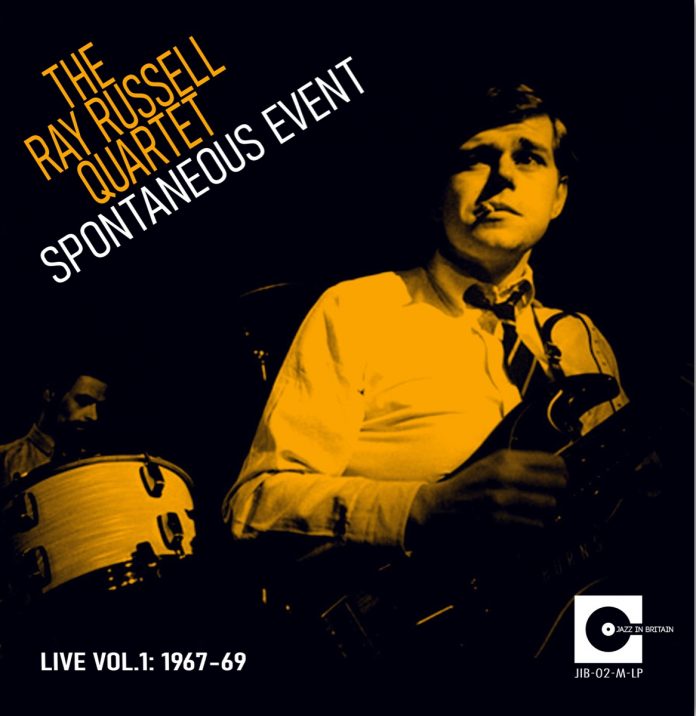 Ray Russell’s Live At The ICA, recorded in 1971 and released by RCA a couple of years later, is one of the fabled recordings of British free jazz. The guitarist had emerged during that strange, wonderful period when major labels took an interest in British musicians and CBS put out records by Tony Oxley and Howard Riley. Also Russell, whose wonderful Dragon Hill came out in 1969.

The recordings on this Jazz In Britain LP are from that year and somewhat before. In fact, two of the pieces covered are early versions of Dragon Hill itself and Can I Have My Paperback Back. The former comes from Ron Mathewson’s tape archive, the latter and all the rest from Russell’s own.

This is a precious rediscovery. Russell’s subsequent career as a session musician tended to eclipse how important an improviser he was and the group on most of these tracks was an exceptional one, with the now largely forgotten Ron Fry superbly original at the piano. Russell says that he was ahead of his time, and for once that cliché actually makes sense.

Fry is often the standout player on these tracks, though Russell’s own keening guitar is the most prominent voice. Pete Lemer appears on Dragon Hill only and with bass duties divided over time between Mathewson and Dave Holland, the group has a solid and creative core. Alan Rushton’s drumming is also underrated now.

The music’s not so readily pigeonholed. Freebop doesn’t work as a category because the players sound like they come from somewhere other than orthodox bop. Russell’s essential tunefulness means that the music often seems to have a foot in post-Beatles pop and rock, and not just because a guitar is the lead voice. Whatever the genre, it’s a happy reminder of how vivid was British jazz at the end of the 1960s and how central to it was Ray Russell.

Travesuras means pranks, or mischief, and there is indeed a playful, unpredictable but joyous sense of discovery about the music on Garcia’s impressive debut...

When the Chicago AACM (Association for the Advancement of Creative Musicians) organisation was formed in 1965, two of the mainstay groups involved in the...

Whatever one thinks of the playing of Giuffre, one must admit that at least he does try to be original. The first side here...