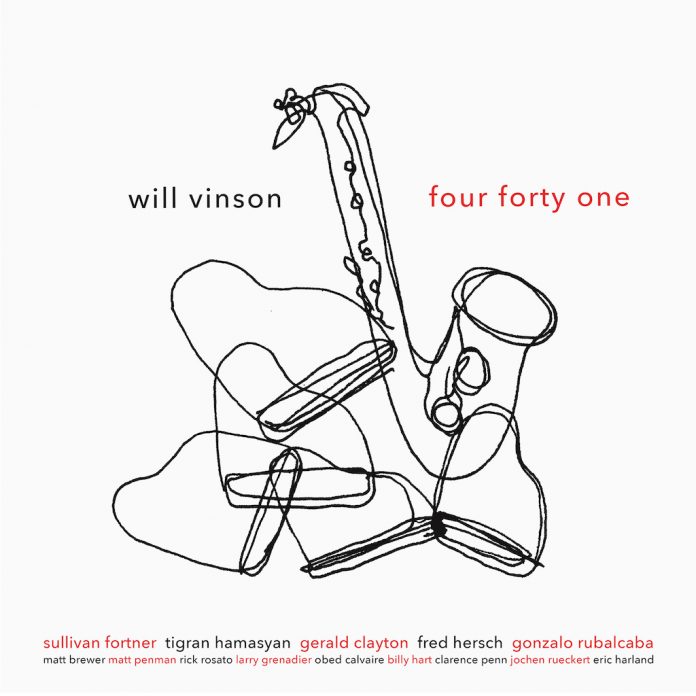 Vinson’s debut album for Whirlwind finds him recording with five contemporary piano masters. Or, as he puts it, the album gave him the opportunity to create five dream trios and be both bystander and participant at the same time.

With no rehearsals and minimal formal arrangements, the album is another testament to the uncanny ability that jazz musicians have to create magic through getting together and being in the moment.

From the bluesy, gospel opening on Boogaloo, with Sullivan Fortner, through to the spikey, probing take on Monk’s Work, with Fred Hersch, the range of styles offers a sense of contrast and cohesion, held together by Vinson’s skill and ability to mix and match as required.

There are some big-name artists at work here, offering engaging performances without feeling the need to be over-showy. Vinson clearly relishes the opportunity to work with some of his musical heroes, but is also clearly not overwhelmed by the occasion.

Underpinning the quality work by the five pianists, Larry Grenadier, Billy Hart and Eric Harland are three standout names to mention, all of them offering stellar performances on bass and drums.

Vinson describes himself as a “frustrated pianist”, and says that the instrument has captivated, inspired and eluded him his whole life. That sense of captivation and inspiration shines through on the enthusiasm he brings to this project.

Barry Witherden - 15 June 2021
How to categorise this? Watt says: “I’ve really outgrown that genre sh*t. For me, music is music.” Fair enough, but for ease of reviewing I’ll just mention that there...