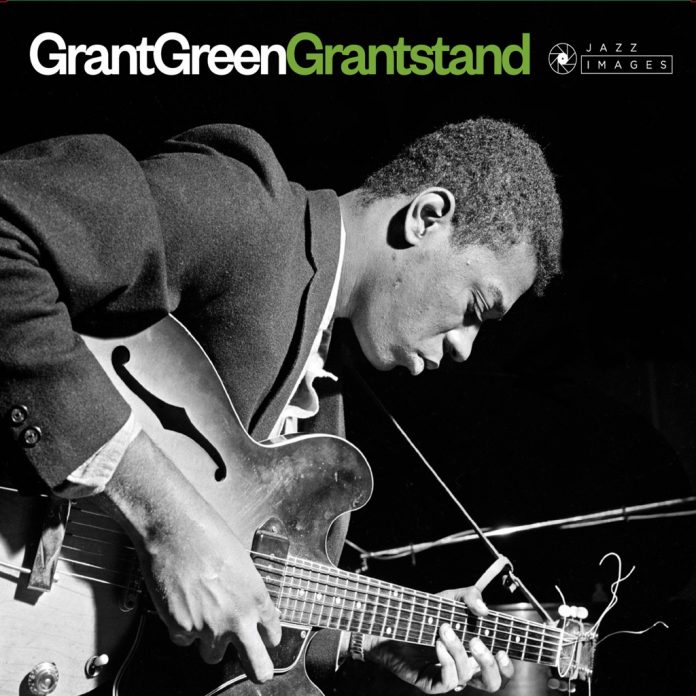 Grant Green was born in Saint Louis, Missouri in 1935 (not 1931 as often stated), and died in New York in 1979. Underestimated during his life time, he suffered in comparison with Wes Montgomery, yet was a major innovator, prolific recording artist and as these four sessions demonstrate, equally at ease in a variety of settings. Grantstand, his third album for Blue Note, placed him in the congenial company of Yusef Lateef, Jack McDuff on Hammond organ, and the always reliable Al Harewood on drums. They turn in relaxed but direct performances, with Lateef playing muscular tenor and delicate flute, while McDuff is a (thankfully) restrained accompanist. My Funny Valentine (with Lateef on flute) receives a deceptively simple rendition by Green; followed by his composition Blues In Maude’s Flat, with satisfying contributions from Lateef and McDuff. Grant ties everything together with a long and fleet-fingered solo.

Grant’s First Stand, his first Blue Note album, features “Baby Face” Willette on organ and Ben Dixon on drums. In a blues-based session, Green gives a master class in single-note playing, suggestive of Charlie Christian and Jimmy Raney. A loping rendition of Lullaby Of The Leaves has an impressive solo from the then relatively unknown Willette, and subtle time-keeping plus a short break from Dixon. Blues For Willarene has an extended and uncluttered solo from the leader, followed by Willette’s excellent and complementary contribution.

The more intimate album Green Street (minus organ) places Grant with Ben Tucker and Dave Bailey, performing three Green originals – No.1 Green Street, Grant’s Dimensions and Green With Envy – and two standards, Round Midnight and Alone Together. By his own admission, Green preferred listening to horn players rather than fellow guitarists, and some of his joyously “repetitive” phrases on several tracks bring Harry “Sweets” Edison to mind. The punningly titled Green With Envy is based on the chord changes of Horace Silver’s Nica’s Dream. It finds the trio in perfect and swinging rapport, but with Grant (in Edisonian mode) as primus inter pares. Alone Together, with ruminative reflections from Green and an impressive solo from Tucker, completes a well-balanced session.

As its title suggests, The Latin Bit is a more rhythmic and exotic compilation than Green Street, but equally enjoyable. Relatively unknown but highly competent pianist Johnny Acea – who performed with ”Lockjaw” Davis, Dizzy Gillespie and Joe Newman – and accomplished bassist Wendell Marshall, together with percussionists Valdés, Masseaux and Bobo, provide Green with pulsating support. A lyrical Bésame Mucho, a rocking Brazil, and a hypnotic Tico Tico are particularly pleasing. In conclusion, the percussionists make notable decorations to My Little Suede Shoes, with Grant obviously enjoying their stimulus. As Nat Hentoff asserts in a thoughtful liner note: “If any one quality can be said to most completely identify Grant Green’s playing, it is warmth – a spontaneous, seemingly bottomless, enveloping warmth which makes this ‘Latin bit’ a journey into the unalloyed pleasures of improvising over a steaming rhythm section”.

For most of his Blue Note period, Grant Green’s playing was assured, inventive and spontaneous. Grant Green: The Complete Quartets With Sonny Clark, Idle Moments, and Sunday Mornin’ are notable albums in his Blue Note discography. Like Kenny Burrell, he was a master of the blues, but also produced perfectly formed solos of expressive softness and clarity. Fittingly, in 1962 Downbeat presented him with its “Talent Deserving Wider Recognition” award; sadly, he was plagued by narcotics problems in the late 1960s and was absent from the scene, but made a partial comeback before his untimely death.