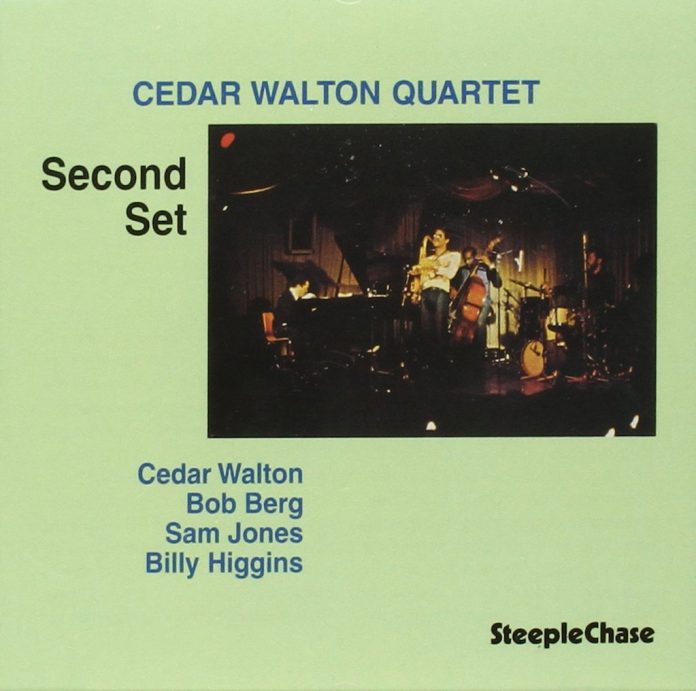 This is the second album from an evening’s music by the Cedar Walton Quartet, comprising their second set (the first set was issued as Steeple Chase 1085, and favourably reviewed by Mike Hennessey in the December 1978 issue), at the Montmartre Jazzhus in Copenhagen.

On the evidence of this album, producer Nils Winther was quite right in deciding not to issue a track or two from each set, for there are no highlights to be highlighted – or rather the music is all of a similar level of excellence. The leader in particular continues to prove that there is a great deal of vitality and originality to be found playing on chord sequences.

Tenorist Bob Berg is young and de­veloping without as yet a great deal of originality, but his is a formidable task in fronting such an inspired rhythm section. Sam Jones and Billy Higgins play exactly as one has come to expect them to – superbly. Cedar Walton is not only playing fresh, interesting, swinging and original piano these days, but also contributing significantly in the area of composition. His Sunday Suite which occupies all but a minute of the second side of the album, is one of his more ambitious works, with three distinct parts to it – opening and closing the piece is a sprightly Latin/calypso tune. This is followed by an unaccompanied piano passage, full of lyricism, and in turn leads to a slow/medium dirge, sensitively played by Berg.

Interesting things, too, are done to Blue Train such that this performance qualifies for the term originally applied to Gil Evans’ adaptations of standards – recomposition. A very noteworthy successor to the First Set.
Mike Shera