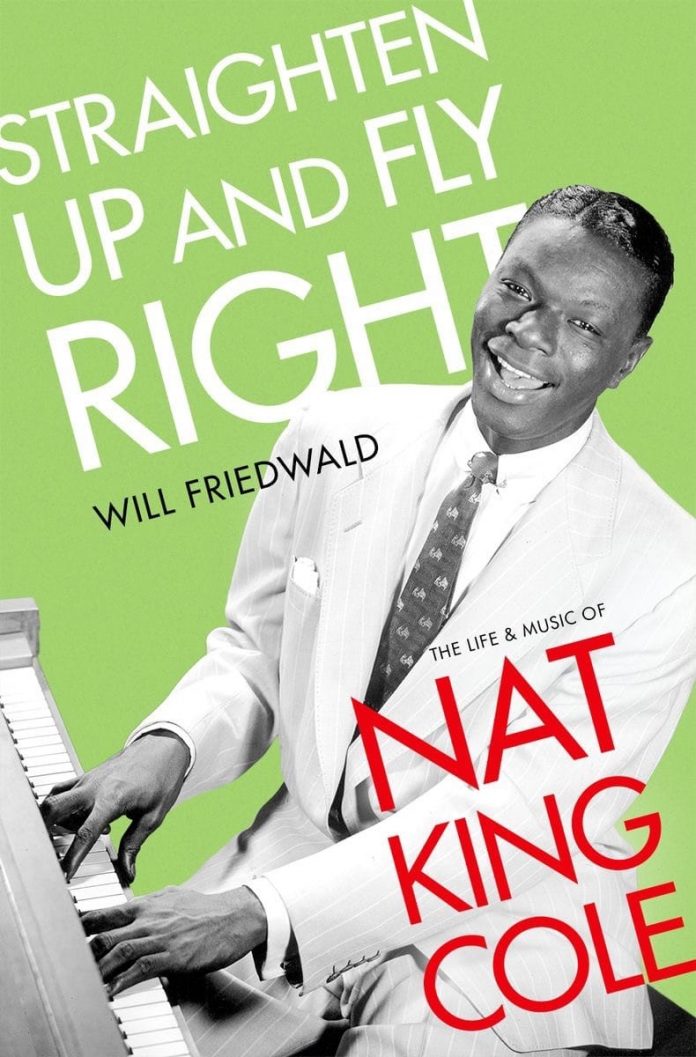 More than a half-century after his death, Nat King Cole’s popularity remains extraordinarily high, even though the world of popular music today is very different from how it was during his all-too short lifetime. But in a way, the degree of popularity he enjoyed in the 1940s and 1950s was also exceptional. In part, this is because Cole straddled two very different musical worlds. As a pianist and orchestra leader in his late teens, he learned his trade playing for dancing. From the early 1940s, he led a jazz trio so skilled that it is impossible to speak of it without using superlatives. Around that same time, he began expanding his singing, until then an only occasional facet of his performances, breaking into the Harlem Hit Parade in 1943 with That Ain’t Right, followed by Straighten Up And Fly Right.

Although very highly regarded then (and now) as a jazz pianist, and for his lively rhythmic singing of jump numbers, it was his singing of ballads that proved to be his major artistic and financial asset. It was through this aspect of his work that he crossed over into a completely different market. Early examples of this came in 1946 with For Sentimental Reasons and a composition by Mel Tormé and Bob Wells, The Christmas Song, his version of which has become an integral part of the festive season. Just as he sang some songs with light rhythmic flair, Cole’s interpretations of ballads, delivered with husky intimacy and delightful legato styling, set a standard by which other male singers of the genre are measured.

As Will Friedwald discusses in this admirable biography, Cole’s approach to songs, his style and careful attention to detail, his love of all that he did, brought the outspoken approval and admiration of many other singers, including Ray Charles, Tony Bennett and Frank Sinatra. For most of his fans, Cole was a voice heard mainly on record, seen a little on television and in films, and only rarely live. Yet, even with this distancing, Cole was never remote. He had a direct appeal, aurally and visually, coming over as an unassuming and likeable man.

As Friedwald explores in details the musical and social and domestic backcloths to Cole’s life and career, he paints a vivid portrait of the man himself. Time and time again, those who met him and knew him well, personally and professionally, confirm that Cole was a genuinely “nice” man, in the true meaning of that misused word. Courteous, respectful, understanding, he was a man it must have been a privilege to meet.

Yet there were dissenters. He brought, but did not seek, controversy when he purchased a house in an upper-crust white neighbourhood of Los Angeles. And, while performing in Birmingham, Alabama, he was physically attacked because he appeared on-stage with white artists (including Ted Heath’s orchestra). All through events such as these, he remained calm, displaying personal dignity and respect for others, and in so doing transcended the musical arena, making a lasting impression even on those who only read about events such as these.

Quite clearly, Cole’s story holds much of interest, not only the music he made, both jazz and pop, but also wider American culture, politics and racial discrimination. There is also Cole’s career on television as a musician and in films as musician and actor. His is an important story, and it is told here with care and skill.

Importantly, in building an understanding of his subject, Friedwald explains how Cole’s career did not just happen. Almost everything he did was carefully thought out in advance. There has long been a simplistic view that Cole was a jazz pianist who became a pop singer, but as Friedwald tells his story it becomes apparent that Cole was constantly intent on change and development. None of these changes in direction, to his repertoire, and his stylistic approach were made on a whim or at the behest of others. Friedwald presents many examples of Cole’s actions, on and off stage, that demonstrate how almost nothing that happened in his life and career was by chance. He knew what he was doing and did it with determination, care, true professionalism and artistic integrity. Even as the end of his life approached he was still making plans. That he should die at the age of only 45 with those later aims unfulfilled is beyond sad. Fortunately, before then his achievements were extensive and remarkable.

Turning to the man’s music, it is when Friedwald writes about the songs that his attention to detail is most visible and valuable. He takes dozens of examples and carefully analyses how these songs are played and sung and in so doing demonstrates the care and professionalism Cole brought to everything that he did. He also discusses the important contribution made by arrangers, including Ralph Carmichael and Nelson Riddle, and fellow musicians, notably his near-telepathic playing with Oscar Moore. However deeply Friedwald probes, his writing style is clear and his examination of the man’s music is always understandable, even for a non-musician. Among other matters that are examined in this always interesting, often revealing biography, are instances of a songwriter bringing a song to Cole for him to glance at it almost perfunctorily and then say and apparently do nothing for weeks before introducing it into his repertoire as a fully rounded masterpiece. Clearly, in the intervening time he had thought deeply about these songs and how he could make them special.

Working until shortly before his death in February 1965, Cole left a legacy that includes recordings of many songs that he made his own. Perhaps that phrase is a cliché, but however well sung by others some of these songs might be, mention of their titles will always bring to mind Nat King Cole’s version: Straighten Up And Fly Right, The Christmas Song, Sweet Lorraine, Mona Lisa, Nature Boy, Paper Moon, Dance Ballerina Dance, A Blossom Fell, Autumn Leaves and, of course, Unforgettable, this last title so aptly describing the man.

This book is a valuable and immensely enjoyable addition to the library of all who are interested in jazz and popular song of the mid-twentieth century and the story of a man who was a master of both genres.