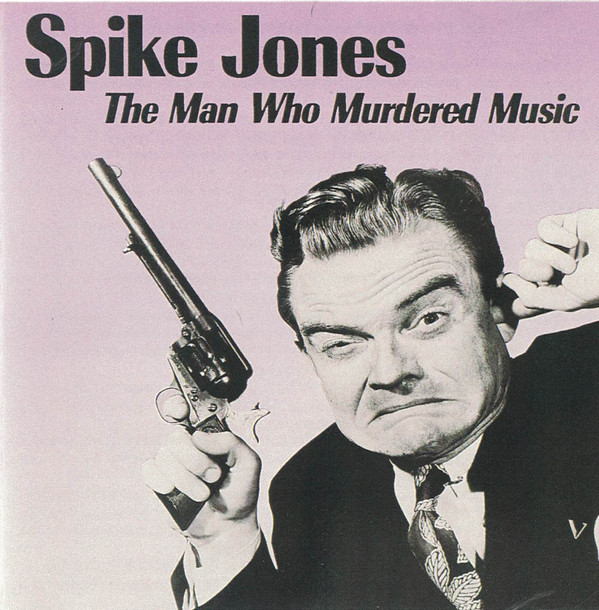 ‘Jazz does not arouse strong, cheerful feelings, but on the contrary, suppresses them. It hypnotizes you with the deathly cold beat of a machine’

For many years the very word jazz was rarely to be found in print in this country, and where it was used, in articles and brochures, it was scolded, criticized and scorned. Here is what the most fundamental work on the subject, “The Music of Spirit Misery”, published in 1950, has to say on the subject:

“Jazz is a music of wild people, music of unprecedented mental scarcity . . . to force mechanical rhythms, and hence, psychology of mechanical submission, upon living man, is to fetter his will and thought – such is the main purpose of jazz music . . . Jazz does not arouse strong, cheerful feelings, but on the contrary, suppresses them. It hypnotizes you with the deathly cold beat of a machine, with the sameness and poverty of its musical material. No styles can exist in jazz: it’s a kingdom of stock phrases . . .” (p. 80).

Again, “jazz has been expelled from our music, the saxophone anathematized, the accordion banned from musical schools, and the foxtrot and tango excluded and replaced by the dances of our grandparents”. (Sovietskaya Musyka, 1955, No. 6).

Less theoretical writers presented jazz simply as a cacophony of shrieking trumpets, howling saxes and fist-and-elbow piano playing, Spike Jones and his City Slickers being quoted as typical and representative.

In the past, bearing some remote resemblance to jazz bands were the “estrade orchestras”, of semi-dance, semi-salon type, with enlarged string sections, playing dull, hackneyed pieces labelled light music. Pre-war recordings of such dance bands as Harry Roy’s, plus those by the kings of Russian quasi-jazz – Leonid Utesov and Eddie Rozner – along with a certain number of hard-to-find foreign discs, were – apart from the wireless – the only opportunities for youngsters anxious to hear jazz. Most of them were “stylyaghi” (Teddy Boys) who accepted jazz only as good “laba” – hot music for dancing.

No wonder ignorance of the true nature of jazz was a common phenomenon.

But a change emerged in the year 1953 when the monthly Sovietskaya Musyka launched a series of articles pleading for “proper and serious attention to light music in our country”. The subject was open for argument, and many musicians, conductors and composers joined in. “We are sick of being told what type of music is good for Soviet people”, declared Leonid Utesov. But still jazz remained taboo. “I am not advocating for a jazz revival but for creative courage in search for new forms. The contemporary American jazz has long ago ceased to be an art”. (Sovietskaya Musyka, 1953, No. 11).

Anyway, the ice had been broken. Recordings by Polish, Czech, and German dance-bands flooded the record shops; Moscow Radio started including foreign popular songs in the programmes; and the big bands of Utesov, Rozner and Lundstrem toured the country including such traditional numbers as “St. Louis Blues”, “Ol’ Man River”, “Caravan”, “The Man I Love”, etc., in their repertoires. In addition, syncopated compositions were to be heard at concerts; played by instrumental trio/quartets they were no longer frowned upon.

Modern jazz is “destitute of any clear melodic basis, all attention being drawn to refined harmonies, and to unusual chords; it’s a cold, abstract music, lacking emotional expressiveness”

Jazz was given a much needed boost by an article by V. Konen entitled “Legend and Truth About Jazz”. It appeared in Sovietskaya Musyka, 1955, No. 9, and commencing with its origins, the author emphasized the two sides of jazz which spring from the fact that the music, although it took root in Negro culture and bears a folk element, has also, on the other hand, been commercialized by the whites, when it stopped being a genuine folk art. Konen divides the present Western jazz into two wide categories: improvised (traditional) and commercial (all other trends). He adopts a most implacable attitude towards modern jazz, rejecting it completely as a jazz form. This mouldy fig outlook is, in fact, common to other Russian writers on the subject. Modern jazz is “destitute of any clear melodic basis, all attention being drawn to refined harmonies, and to unusual chords; it’s a cold, abstract music, lacking emotional expressiveness”, commented Minch, conductor of the Estrade Theatre Orchestra. (Sovietskaya Musyka, 1958, No. 2).

To say that jazz is now popular would be to exaggerate, for the general public remain as unaware of it as ever. An unfriendly attitude towards this music is still strongly felt, and a great deal of work is necessary to dispel the malignant heritage of the past. Our newspapers could help a lot. “Moskovskiy Kosomoletz” made a try last winter, inviting readers to speak their minds about jazz. Some readers did. “Jazz is a real art which deserves to be on the same level as classical music”; “. . . profoundly folk and democratic in content and history”; “. . . always young and human”. Such were the opinions of people who already knew what jazz is. Recent years have given them a chance to hear some jazz in person: the American “Porgy and Bess” Company (January, 1955); Jazz from Poland (summer 1956); and particularly in the summer of 1957, when jazz of all kinds of different styles was featured at the 6th Youth Festival in Moscow.

Meanwhile, records and radio remain the prime sources of knowledge for the jazz-fan. Most of them possess tape-recorders and some have quite complete collections of recordings. Ellington’s “Take the ‘A’ Train” on the air is well- known, and Gerry Mulligan, Dave Brubeck, Chet Baker and other West Coasters are especially popular – their music being copied by some of our local groups. One such group plays at the National Hotel – one of the best in Moscow. It is a four-storeyed building opposite the Kremlin, and is usually packed with tourists, journalists and visiting statesmen from all over the world.

Elliot Marlow-Stevens - 04 January 2022
Recorded over a span of two years in a variety of locations, Łukasz Pawlik’s Long-Distance Connections brings together some of modern jazz’s most esteemed players to create a fresh...