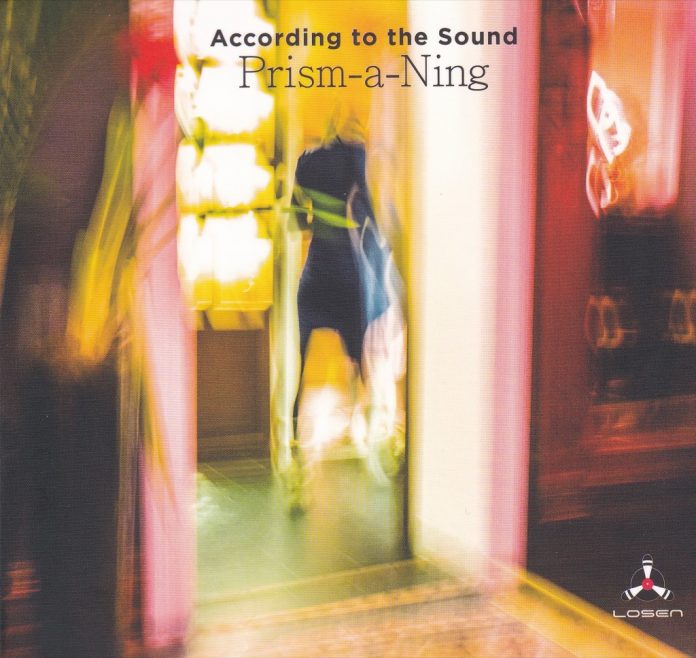 It’s not very often that you hear making a record likened to the writing of a novel. Usually painting or sculpture or sometimes dance (or in the case of Ran Blake, film noir) are evinced as parallel. But Adam Parry-Dixon and Patrick Case began experimenting when students at Birmingham Conservatoire, assembling a body of sound material that they redrafted and revised, augmented with new sound characters (hence the large body of guest players), until they had come up with something that seemed to cohere in the way they wanted.

They liken what they have done to the prism-triangle formed by Birmingham, Bristol and London, through which the white light of a few basic ideas is thrown into a spectrum of new sound. As Gershwin begat Thelonious Monk’s Rhythm-a-Ning, so it has in turn thrown up Prism-A-Ning, a richly textured musical adventure that explores polytonality, pure sound texture, song-like lines and at times arrangements that seem to be nudging towards the orchestral.

It’s utterly original music, and so offers very few useful analogies for the reviewer. That being so, the best thing is simply to absorb yourself in the sound. The two key tracks are Heading West, which seems to be subtitled Prism-A-Ning, and its companion Splitting The Beam. It’s worth noting that all three cities involved reach out across the sea to New York where the duo developed further ideas for a time. That connection connects the music both to jazz and to elements of contemporary hip-hop (or Bristolian trip-hop). There’s nothing else around quite like this railway journey for the soul, but one hopes it’s the start of an even longer journey.

More information at accordingtothesound.com. The album is available at losenrecords.no and Apple Music

Peter Gamble - 22 July 2019
Cellist Shirley Smart has a background that includes an extended period of teaching and playing in the Middle East, so it comes as no surprise that a good percentage...