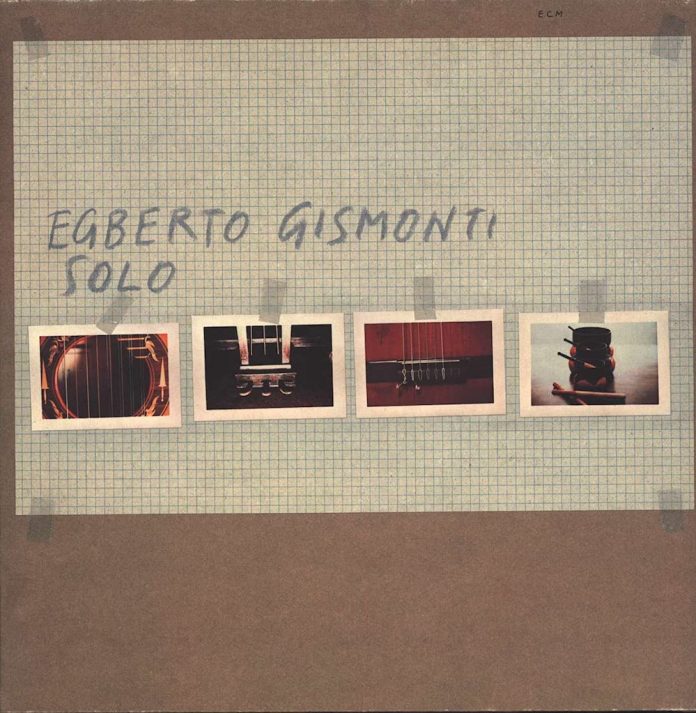 Egberto is a good guitarist, a fairly respectable pianist, is beautifully recorded in both roles, but produces not a note of jazz here. Though I dislike such vagueness of terminology, I can only recall the result South American light music, even if it was recorded in Norway.

The guitar stuff is often furiously busy, though without any sense of development, and one’s reaction is of boredom. Various bells, described as ‘cooking bells’, are heard towards the end of Rolou, and again in Ciranda, where, as on Zero, Egberto plays the piano.

All the compositions, or themes, are his, except Rolou, which is described as ‘adapted folklore’, and Zero, co-written with G.E. Carneiro. I assume that the half-singing voice occasionally heard is also Egberto’s.

The record sleeve contains a folder with, among other things, photographs of tropical scenes, etc, whose connection with the music is not explained.