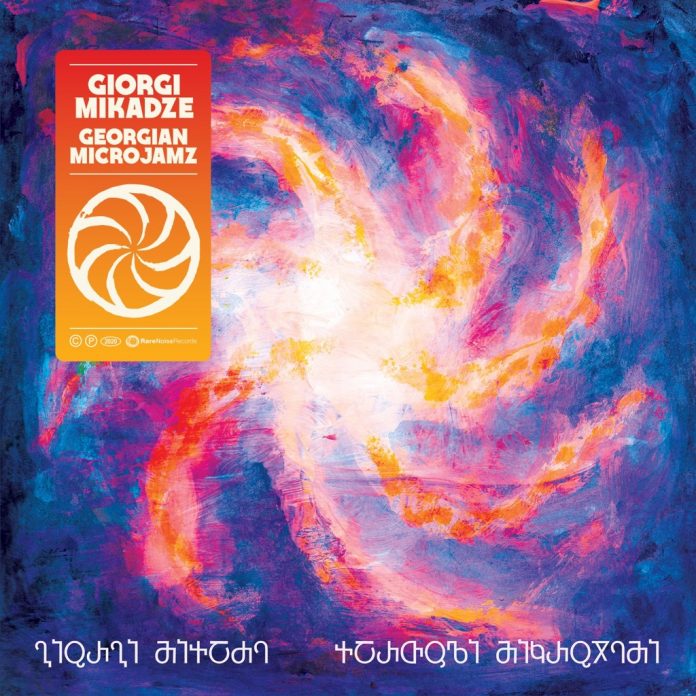 Exactly a hundred years ago, the world was being remade following the peace treaties that followed the First World War (and ’flu was stalking the planet with murderous intent). The whole Wilsonian programme was based on the principle of national self-determination but it rapidly became clear that while Woodrow Wilson respected the rights of Belgians, Finns and Poles, he made a royal mess of dealing with Magyars and Czechs and hadn’t a scooby what to do with Armenians and Georgians. America threw up its hands when asked to help administer the post-imperial nations of the Near East.

The result was that Georgian culture in particular remained virtually unknown outside its own territory, a rich tradition of polyphony that was thriving when Palestrina and Bach were still basically going da-da-da-dum. Classically trained in his native Tbilisi, Giorgi Mikadze came to Berklee, studied with David Fiuczynski and began to develop his own synthesis of native Georgian music and microtonal jazz.

Though such experiments have been around in various forms for many years, including Fuze’s MicroJam project, of which Mikadze was a member, it still requires an effort of adjustment on the part of most Western-educated listeners. Arranged as a set of themes and interludes, Georgian Microjamz is as inviting an approach to this world as can be imagined.

Elesa, Maglonia and Kartlos Blues (which isn’t quite a blues) are as beautiful as anyone might expect from music that doesn’t resolve predictably. Fiuczynski’s guitar part is a perfect blend of heat and taste. Fretless guitar is a tough ask, but he manages to make it sound effortless. Good support from bassist Panagiotis Andreou, who also plays a fretless instrument, and Sean Wright, and the vocal overdubs from the Georgian Chanting Foundation studio aren’t overdone. A remarkable record.