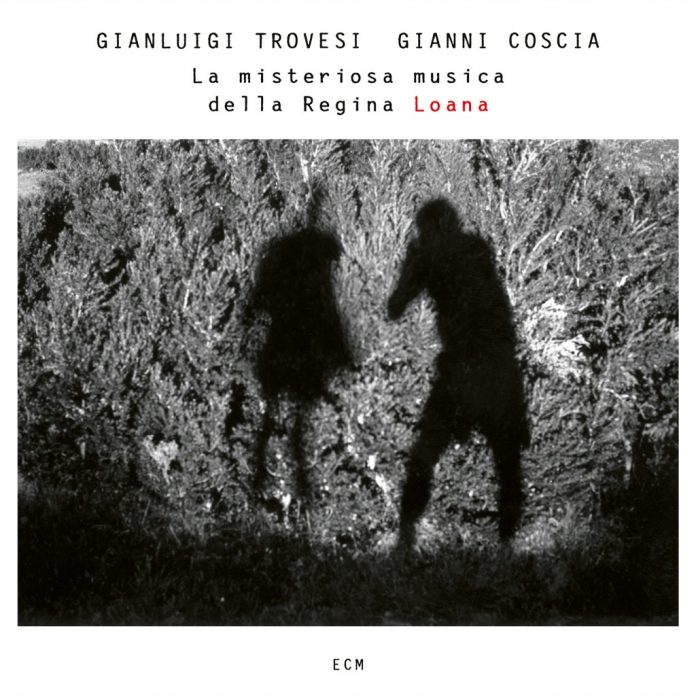 From the very first listen this record seems typically Italian: Breezy clarinet and piccolo improvisations by Gianluigi Trovesi over the rich timbre of Gianni Coscia’s accordion conjure the clichéd images of beaches along the Amalfi coast, or of little rustic cafés along the cobbled streets of Rome.

But looking beyond the fairy-tale romanticising of continental Europe, La Misteriosa Musica Della Regina Loana is a personal dedication to the late Umberto Eco: philosopher, novelist, literary critic and close friend of accordionist Gianni Coscia. Its title is derived from Eco’s novel The Mysterious Flame Of Queen Loana, the story of an old antique book-dealer who has somehow forgotten everything about his past life and sets about the task of reviving his memory by searching through archives of old diaries, photographs and records. It’s an exploration on the themes of memory, consciousness and identity, and has inspired many of the tracks on this album.

The light, pretty tunes alluded to earlier make up most of the material, with some lovely covers of well-known classics such as Basin Street Blues and Moonlight Serenade. The only obvious departures from this easy-listening style are the three brief interpretations of Czech composer Leoš Janáček’s In The Mists interspersed throughout the album, and Umberto, a quirky number with hints of Jewish folk music.

With 19 tracks and a running time of just over 50 minutes, La Misteriosa Musica Della Regina Loana can feel quite repetitive after a while, given its consistent style and overall lack of variation. But this isn’t to compare it with the Italian Café compilation albums that you find in charity shops; the compositions and arrangements by Trovesi and Coscia are much more thoughtful and evocative.