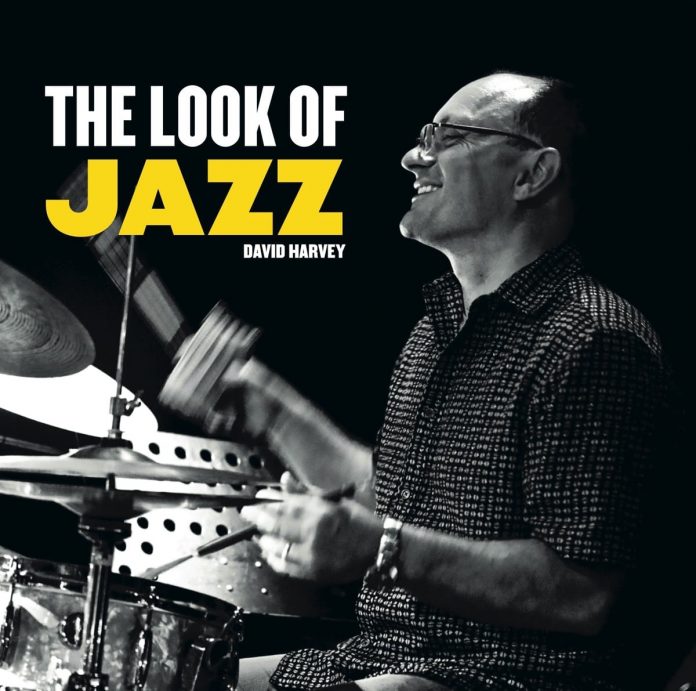 The look of jazz has been more or less dictated by photographers from the beginning. Even Buddy Bolden had his picture taken with his band, although they weren’t actually playing at the time, just standing in a group, looking awkward.

The true look of jazz is to be found in pictures of musicians playing, or otherwise at work. I love to watch bands working, the closer the better – the concentration, the expressions, the intimacy between player and instrument. A photograph is a frozen moment of this, and the skill comes in picking the moment.

This book is a collection of 90 such moments, beautifully captured by David Harvey in black-and-white using available light. They were mostly caught in London, at the kind of small venue where jazz is most at home. I’m happy to say that a fair number were taken on God’s own side of the river: at the Hideaway, Streatham, the Bull’s Head, Barnes, Off The Cuff, Herne Hill and the Junction, at that point half-way between Camberwell and Brixton known only as Loughborough Junction.

The photographs date from the few years leading up to the onset of the pandemic and there’s no telling which, if any, of the venues will reopen when it’s all over. For its timing alone The Look Of Jazz could turn out to be a valuable record.

Many of the pictures here first appeared in one of David Harvey’s two exhibitions – In The Moment and One More Time. Of the musicians portrayed, some are well-known figures (Nikki Iles, Mornington Lockett, Byron Wallen, Don Weller); the majority, though, will not be familiar. That’s the point of what Harvey calls his celebration of an extended musical community. “Regardless where players might be on their journey”, he says in his introduction, “they share the same burning passion as leading players for the music.” They come in all ages and ethnicities and most images are accompanied by either an interview or brief profile.

It’s remarkable, the ways people end up playing jazz – some after a busy career doing what they’d always wanted to, some virtually by accident, some almost against their better judgement. Only rarely does it seem to have been a career choice.

It is an inescapable fact that one of these pictures is of me. I wasn’t expecting that when I turned up at the Junction for a blow, shortly before the boom came down, but I appreciate the company. My favourite picture is the one of my late friend Dave Wickins. In all 90, he’s the only one laughing.

The Look Of Jazz, a collection of 90 original photographs of musicians plus interviews, by David Harvey. Upfront Publishing, hb, 104pp, £25.00. Order from fast-print.net/bookshop/2307/the-look-of-jazz

Thomas Fletcher - 21 December 2019
Simply titled - but it would catch the eye of any jazz connoisseur. This rich reissue is actually a double-CD compilation of four major albums by Sonny Rollins: Saxophone...