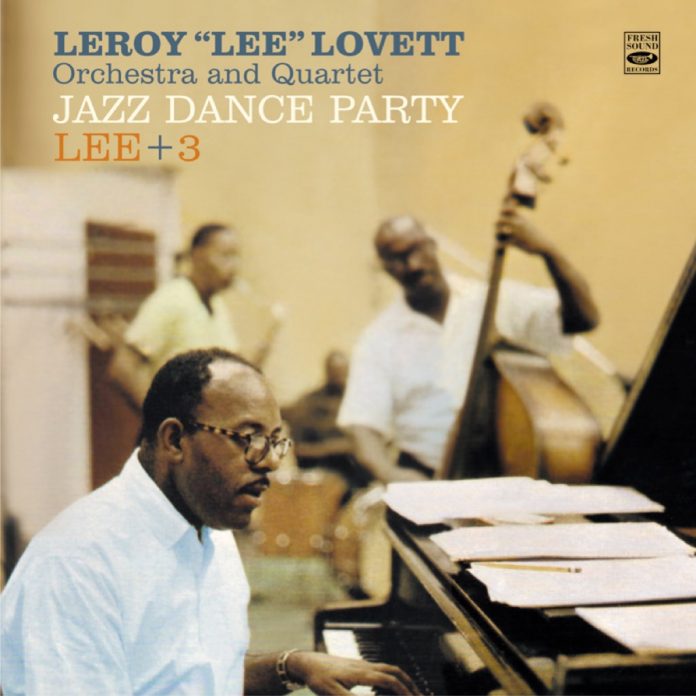 Smart arrangements by the leader, a well-drilled big band and a very capable solo team give Leroy’s band lots of character. It’s distinguished by a melodic and mellow altoist, an agile trombone player and a hard-working tenor, Bob Brown – all presumably, like Leroy, from Philadelphia. The trumpeter, often with Nance touches, tries very hard and his bebop has its hair combed. The excellent drummer, Butch Ballard, is from New York, and by this time he’d made his name with Ellington, Basie and a few other name bands.

There’s an almost Luncefordian discipline to the sections and this reflects well on Lovett, who must have been almost Mulliganesque in his pursuit of perfection. Most of us have known him only from his work with the Hodges small band of 1951, but the range of talents that he displays in this album suggests that he was unfairly neglected. As were his sidemen, whose names are obviously lost to us forever.

While Jazz Dance Party is aimed at dancers, it’s only in titles like I’ve Grown Accustomed, where Leroy rhapsodises, that the music is lost to us, and most of the tracks have a strong mainstream jazz element. The final band track, True Blues, featuring most of the solo team, is one of the best.

On Lee+3 Bob Brown adds himself to the piano trio, playing boppish alto on three tracks and tenor on Plum Street. He wails nicely on alto for his own ABC Hop. Leroy’s habitual locked chords come into their own on the trio sides, and he indulges in some sparkling piano runs. The long dance routine entry makes My Ship sound upright, which is not the adjective one would want to use for this beautiful tune, and even when he breaks free of it Leroy doesn’t relax into it. But I wouldn’t let this view of the trios spoil my opinion of what is an unexpectedly admirable CD.

Jeremy Isaac - 08 January 2021
Recorded at Werner Angerer’s Wavegarden Studio, Retrospective is the debut album by German saxophonist, composer and arranger Tobias Hoffmann (not to be confused with the Cologne-based jazz guitarist of...

Diana Krall: This Dream Of You