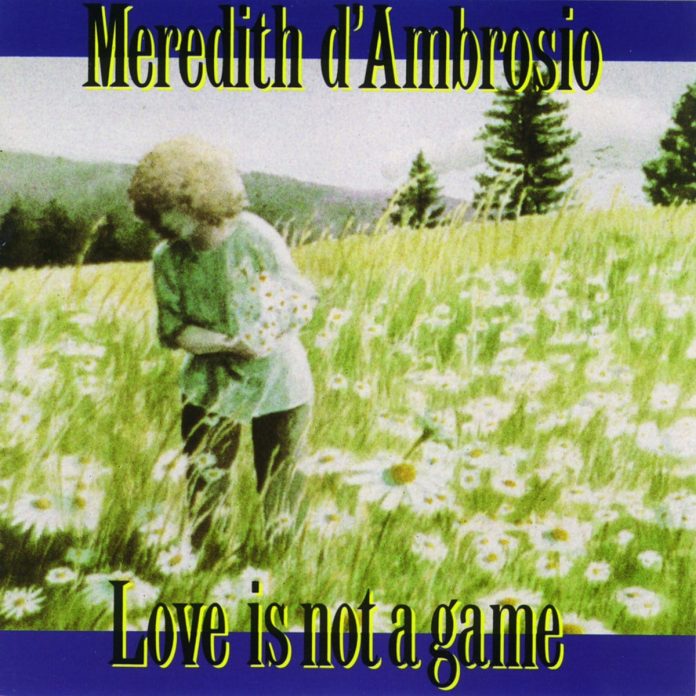 A New York nightclub entertainer, Miss D’Ambrosio has several dozen albums out, some of which have been reviewed in JJI, but this is the first one to cross my path. Some of the material on this album is the singer’s own work and, hence, new to me and, I expect, new to most readers.

Get Used To It Baby and That Old Sweet Song set her music to poems by Dan Davis while Heaven Sent, Love Is Not A Game and the second half of the medley wherein she rings the changes on the Cole Porter song which pre­cedes it, are examples of her music and lyrics.

On her own compositions she shows a neat turn of phrase, musical as well as verbal. This Lament is co-credited to J. J. Johnson following Miss D’Ambrosio’s successful attempt to put words to a Johnson tune. Her liking for modern music is also revealed with Peace, a Horace Silver composition, and she gives more than a passing nod to Bill Evans with a couple of tunes with which he was associ­ated together with his com­position, In April, with lyrics by Roger Schore.

So much for the material; what of the per­formance? The singer has a throaty voice that should carry a government health warning. Her range appears limited to the middle register but within that she deals with lyrics the way you expect the songwriters had in mind. No frills, no dramatics, no ‘Look at me, I’m a star’ pretensions. This is straight­forward entertainment of a special kind which seems to have flourished forever in certain places of which, New York is by far the most important.

The inter­mingling of jazz and popular entertainers is a long and usually honourable tradition and Miss D’Ambrosio serves the tradition well. (Actually, she is now Mrs Eddie Higgins, having married the pianist on this set, although she is no mean piano player herself as she demonstrates on Love Is Not A Game.)

I enjoyed this album and think that many readers will too. With excellent sound and playing time this can be recommended but it should be approached for what it is, not what it is not. It is not jazz singing but it is superior four-in-the-morning entertainment by a singer who knows jazz, under­stands jazz and works with jazz musicians.

Elliot Marlow-Stevens - 04 June 2020
Guitarist Tim Rose has a wide selection of credits to his name, from West End musicals to work with established performers such as Toyah Wilcox and Al Martino. Fact...