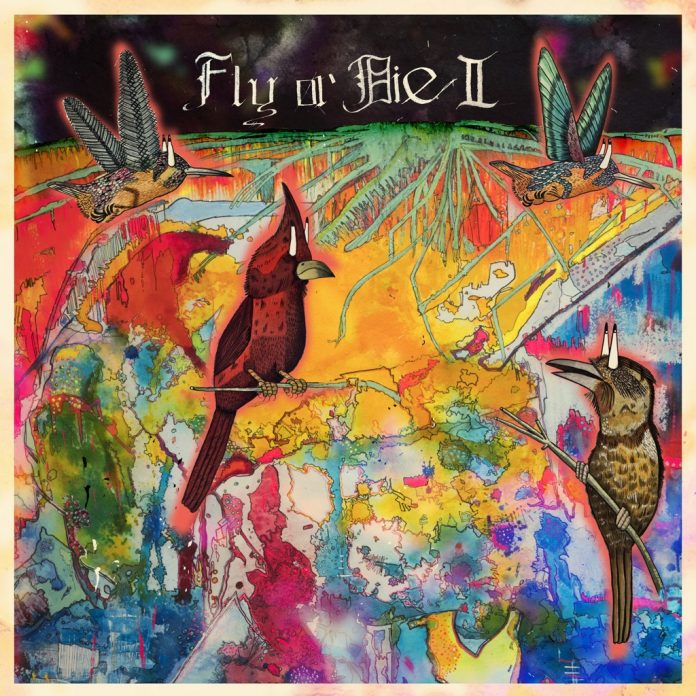 Like Ambrose Akinmusire’s recent Origami Harvest, this is a fiercely political album driven by trumpet and vocals – though this has a much rawer sound and indie-rock attitude. Branch, too, is pushing the limits of what a trumpet can do.

Two years after the first Fly Or Die, Branch steps out with her second album as a leader. This time her Chicago-born quartet features Brooklyn cellist Lester St. Louis, replacing Tomeka Reid, who’s touring with the Art Ensemble of Chicago.

Drummer Chad Taylor has also played with AEC co-founder Malachi Favors, and in the AEC tradition the album features avant-garde experimentation and “little instruments” such as bells, whistles, mbira thumb piano, an egg and “sneaker squeaks”.

Further expanding the sound from the first album are synthesizers and vocals. These include Branch’s Patti Smith-style spoken word and yowling on Prayer For Amerikkka. This 11-and-a-half-minute protest suite is wrenching but spotlights heroic fanfare-like trumpeting, and at other times a dirty New Orleans mute sound.

The title track is also menacing, with a cello drone and canine howls, while Whales sounds like an elegy for extinction.

Fortunately there’s a lighter side to the album. Simple Silver Surfer is downright jolly, like a jam session on a beach or one of Sonny Rollins’ Caribbean romps. Branch’s loping, lanky trumpet skips over Taylor’s playful xylophone rhythm like a kid daring the waves.

There are more tropical rhythms on the album’s most appealing track, Nuevo Roquero Estéreo, recorded live at Cafe OTO in Dalston. Taylor lays down an infectious, funky Afro-Brazilian rhythm and Branch’s trumpet bounces lightly off the beats with a dubby delay, clearly enjoying herself – as is the crowd.

That’s followed by the sarcastic Love Song, which closes the album with more singing (and bawling) from Branch. With her array of voices on the trumpet, though, the addition of vocals seems unnecessary and distracting.

Fred Grand - 09 June 2022
While Sgobbio may be better known for his work with groups Pericopes (+1), Silent Fires and Hitra, solo piano is an important aspect of his creative life. His 2010...