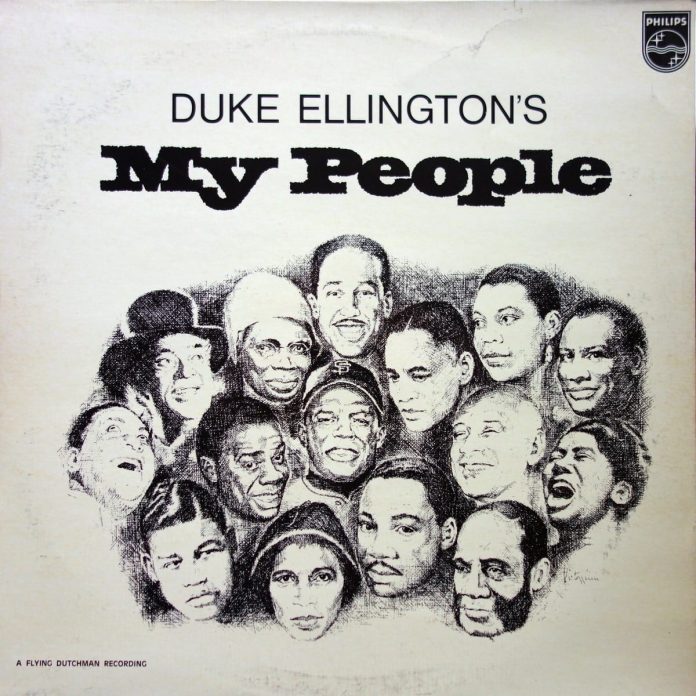 This slight piece of Ellinqtonia was first issued on Stateside SL 10073, and reviewed by our Editor in May, 1964. The music was written for the Century of Negro Progress Ex­position staged in Chicago in 1963. It was presented twice daily for two weeks and involved four solo singers, a 14-voice choir and two companies of dancers as well as a 16-piece Ellingtonian band (but not the Ellington band itself).

Impressive though it may have been as a stage presentation, it occupies a very minor place in Ellington’s recorded repertoire. For the Ellington fan, there will be pleasure in Montage at the ex­cellent trumpet playing of Bill Berry and Ray Nance, and perhaps in the blues pieces on the second side. Unless, of course, you happen to be a fervent admirer of Ellington vocalists, who do seem to have a style all their own.

The most dispensible part of the record is Duke’s narration of My People, which even our Editor was moved to describe as ‘a little out of character’. I find it hard to believe Duke actually wrote this pretentious and pompous section himself.

Nic Jones - 12 March 2022
This Canadian group, perhaps in line with how many people are viewing the fraught era we're living through, offers music that's contemplative and reflective, yet not meditative. Each composition...