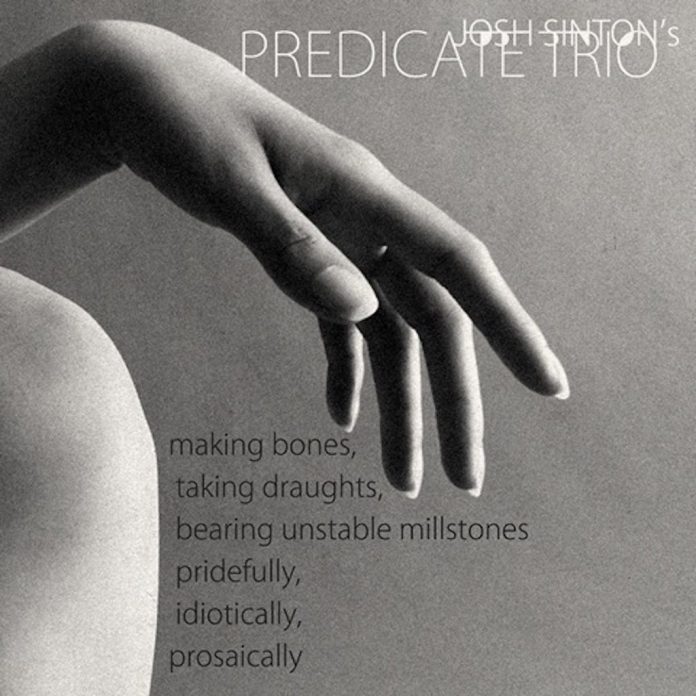 Sinton’s solo bass clarinet intro, Mersible, bubbles up from the depths, a brief fragmentary illumination that serves only to deepen the shadows of possibility. Rainey and Hoffman arrive in leisurely fashion, joining Sinton for Bell-ell-ell-ells.

Once together, the trio conjure a tight and intimate, contained improvisation in which reeds stutter, percussion dances, and the substitution of cello brings a lightness to the nimble low end (heard to great effect in the solo on Taiga: A Dance).

Sinton’s bari punches and throbs throughout, adding rhythmic thrust and allowing Rainey to do what he does so well, use the drums as a lead instrument to create a detail-rich, syllable-heavy percussive filigree. Hoffman’s loose, low bass-lines comment on, push and expand the dialogue. He occasionally switches to arco for understated drama.

Some improvisation is combat – competitive, and that can be a thrilling listen. But Sinton, Hoffman and Rainey are all about the communication, the trio conversing via a seemingly spontaneous yet perfectly consistent private language of shorthand subtleties.

Dave Jones - 08 May 2019
This album seems as though it’s very much centred around the singer Kristin Berardi (although the voice actually features on around only half of the tracks), but not in...

Jazz Journal - 31 May 2022
Since he came on to the London scene in the early seventies, Allan Holdsworth has joined the small band of electric guitarists - among them Charlie Christian and Jimi...