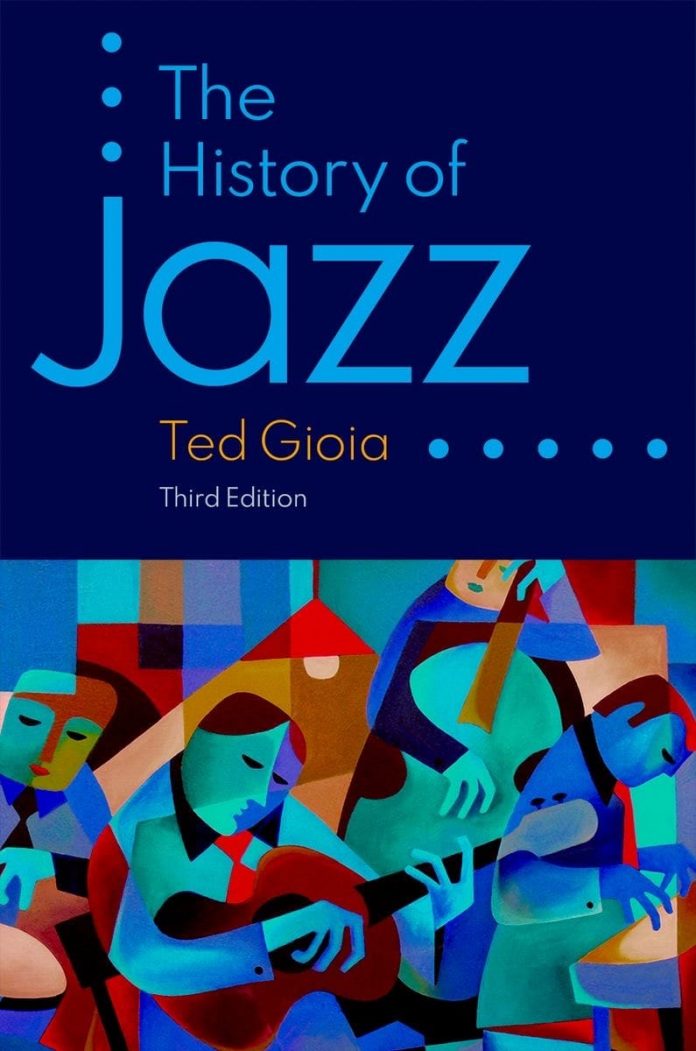 This is the third edition of Ted Gioia’s history of jazz – a living beast that in this incarnation has grown by 150 pages over its predecessor.

Gioia writes in a succinct and yet comprehensive way that often starts new trains of thought in the reader. Of the album Miles Ahead he writes “Davis’s playing on fluegelhorn represented a confident anti-virtuosity that he would refine over the next several years. He rarely challenges the band in the style of a Gillespie or Eldridge, content to float over Evans’s impressionistic harmonies. His phrases reach for the essence of the music, for sheltered spaces within the chords.” This is typical of the pictures Gioia paints. At another point he prompts brain activity by creating a comparison between Weather Report and the Duke Ellington Orchestra.

These trigger points come along the way through a 560-page volume that covers jazz from the events in Congo Square in 1819 to today’s creations by the remarkable bassist Esperanza Spalding. The account of jazz in its American homeland is so thorough that it comes as no surprise that a large part of English jazz is covered in only one sentence: “The English scene was especially vibrant, under the impetus of players such as Humphrey Lyttelton, Chris Barber and Ken Colyer, among others.” Tubby and Ronnie were cynical about such things and wouldn’t have cared anyway.

On the other hand Mr Gioia presents a most satisfying six-page summary of the career of Bix Beiderbecke. There’s another masterful half-dozen on Art Tatum, so often acknowledged in name only – “Long after the phraseology of such later masters as Charlie Parker and John Coltrane has been widely imitated and mastered, Tatum’s legacy still sits in probate, waiting for a new generation of pianists to lay claim to its many riches . . . Tatum’s virtuosity clouds the issue of his role in the history of jazz.”

Django shoulders the honours on behalf of Europeans: “On Dinah he intermingles bouncy triplets and bluesy asides with forceful octaves, setting a standard for ease of execution and invention that would be amplified in later Quintette recordings such as Djangology, Limehouse Blues . . . In time the influence of Ravel, Debussy and Gershwin would impart an impressionist tinge to Reinhardt’s jazz, revealed in his exploration of whole tone scales and in the languorous beauty of his most famous composition, Nuages.”

Those are small quotes from Mr Gioia’s stimulating evocations of three of the giants, but they exemplify the idea of his magnificent book. He has indeed mastered the art of pleasing the cognoscenti whilst (something I haven’t illustrated here) providing an excellent pathway to guide the new recruit into the world of jazz. With a small library of books to his credit, Mr Gioia joins contemporaries like our own Alyn Shipton in ushering out the now defunct and deceased Leonard Feather and his like to show us a fresh and informed style that is going to be the benchmark for some time.