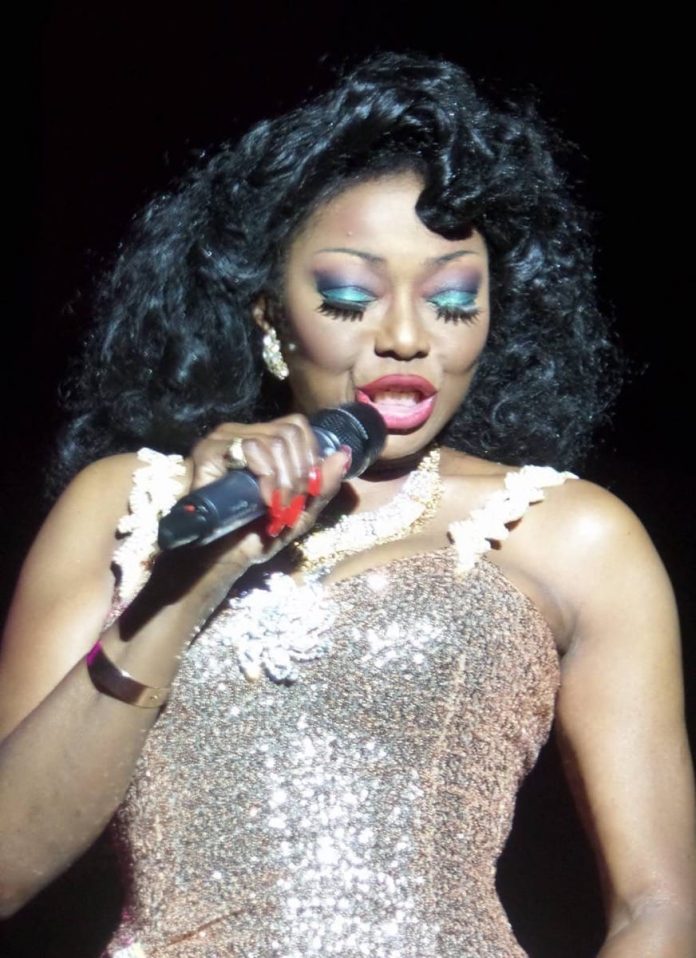 A week before showtime this date was SRO and although I had secured a seat well in advance I was prepared for the fact that, as a reviewer – in this case someone who does not pay for a seat – there was a strong chance I would be asked to surrender my seat to a paying customer and, at best, stand at the rear, at worst, stay home.

Then came Plan B and affluent patrons began dispersing like April snow and I had visions of arriving on the night to find them shooting elk in the balcony.

In the event there was a fairly respectable crowd and once there they appeared determined to extract the last full measure of fun out of the proceedings whether because (1) they had defied a government to be here and wanted the full benefit, (2) Christmas was less than a week away and seasonal cheer was at full strength, (3) they were industrial-strength fans of the evenings’ attraction, Ms Patti Boulaye, (4) Ms. Boulaye’s talent and charisma was such that it totally overwhelmed the audience or (5) a combination of all of these.

Hand on heart I am not even Ms. Boulaye’s ten-thousandth greatest fan but I am happy to acknowledge that even with an act boasting all the originality of a Big Mac – 15 “Christmas” songs out of 22 – she had the audience on its feet from the very first number and never relaxed her grip on them.

The seasonal selections – played by Adrian Sutcliffe on piano – came thick and fast: White Christmas, Deck The Halls, Santa Baby, Silent Night, Mary’s Boy Child. Each one was a stock arrangement, yet each one, as far as the audience was concerned, was touched with magic. Close to the end of the second set came three numbers, Oye Mi Canto, Amina and La Bamba, clearly designed to get the crowd on its feet. Ms Boulaye pulled it off to a fare-thee-well. In all my years of reviewing it represents the only time I have witnessed Every Single Member Of The Audience rise to its feet and start dancing, several even climbing on the stage to do so.

A success in every sense of the word.