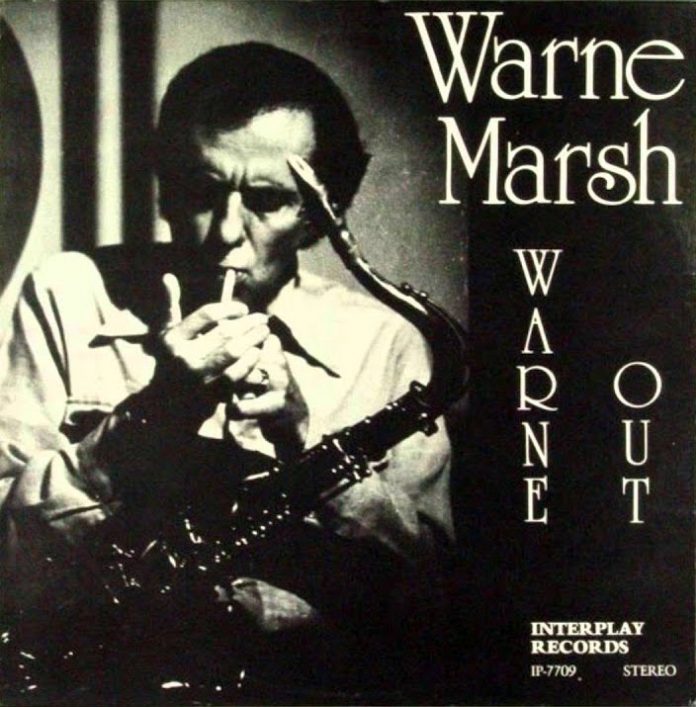 Although his style changes little over the years, Marsh remains one of the most inventive communicators of the last four decades. His beautiful sound, faultless technique and logical yet lightning stream of ideas leave one breathless with admiration.

Here he is beautifully recorded in a set which manages to give due prominence to the other two musicians. (One of the snags of this kind of music is that it usually subordinates everything to one man’s voice). Hughart is an inventive man with a good under­standing of Warne’s music, whilst Ceroli, very much a mainstay of the LA jazz scene, seems to move easily through the labyrinthine passages. He lays out on Ballad, a long and lovely exploration by tenor and bass. After one of Marsh’s best solos Hughart plays a duet with himself, a device used by Warne on Duets. On Duets his lines are so different that they conflict, and it is not possible to follow both at once, making one wonder whether it was a good idea. The now standard Tristano composition Pennies is a real stomper, played at incredible tempo, as indeed is the final track, where Warne again duets with himself, but to much better effect.

Throughout the album I was more than usually reminded of the Getz of 1950, with Warne often reaching even higher into the alto registers. Beautifully played and beautifully accompanied, a great aibum.
Steve Voce

Nigel Jarrett - 12 May 2020
What's easy about an "easy" introduction to jazz? Does it mean an unimpeded way into the subject or the dismissal of any problems of choice? The facts of jazz...