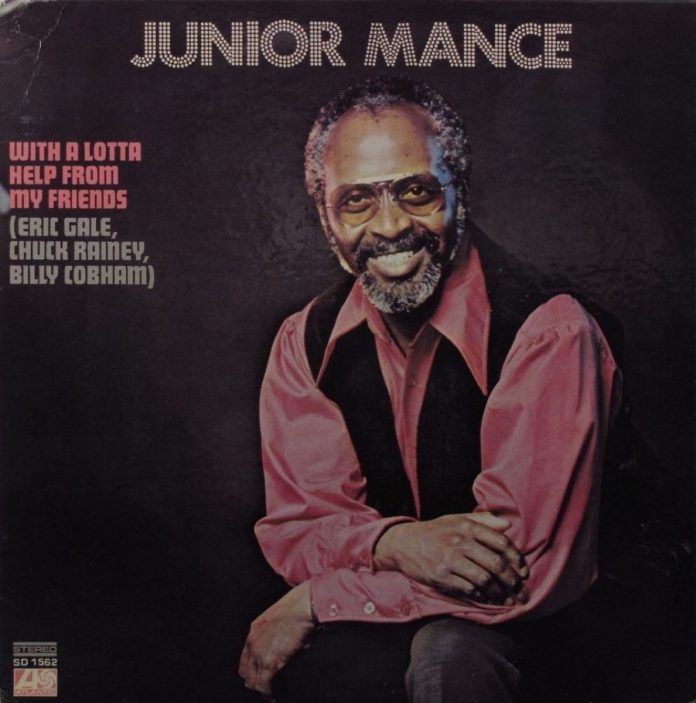 Musical discussions with Chicago’s moder­nists usually reveal the extent of the inter­action between jazz and blues in that city. Because of this, it is no real surprise to find a strongly blues-orientated player like Mance moving over more completely than ever be­fore.

Most readers will associate Mance and Cobham with more sophisticated music but both play well in this context. The pianist gets down to the bare bones of his style, opting for the simple phrase and using rudimentary riff figures to good effect. Surprisingly, he is at times nearer to a primitive like Champion Jack than to Memphis Slim, and Cobham is forced to respond accordingly. There are other moments when some blues purists might consider Cobham too elaborate, although there is always the firm anchor of Rainey’s bass to dispel their fears.

Outstanding tracks are strangely enough the three titles that were written by group members, including the powerhouse and well-named Home Groovin’.

So often critics are forced to con­clude that an album falls between two stools. In this case, it is not so and I feel that Mance has made the personal adjustments to make this record acceptable to both the jazz and the blues faction. It seems unlikely that Mance will remain in this field, because he has the ability to set himself more demanding stand­ards. Nevertheless, it is a good album which might cause a few blushes in the Blindfold tests that rhythm clubs devise to embarrass the experts.

Thomas Fletcher - 12 July 2020
A collection of 15 original compositions, Vena is trumpeter and flugelhornist Rachel Therrien's fifth album. It's is a remarkable creative exercise but also has deep personal meaning for Therrien....

Jazz Journal - 29 May 2022
It is highly unusual - especially in a society where financial success often appears to be the supreme achievement - for a young artist who is acknowledged to be...