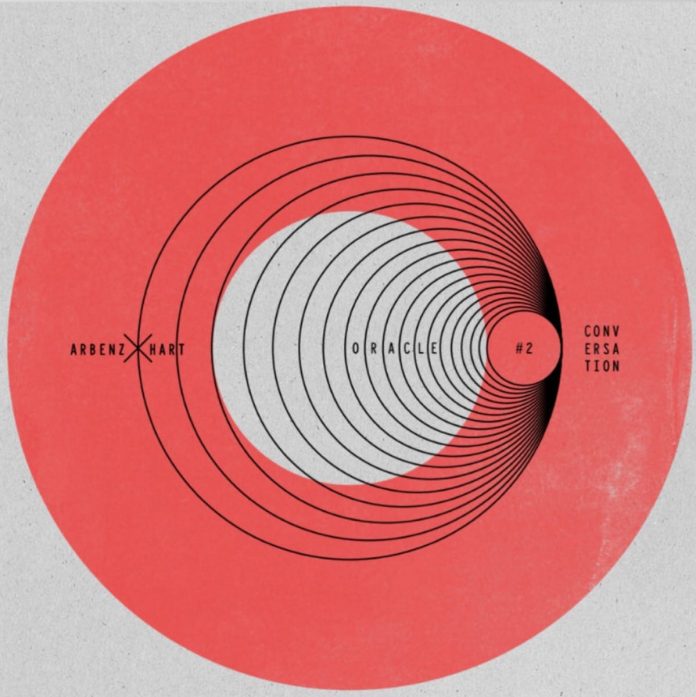 While much of the world shut down for business during the first waves of the pandemic, Swiss drummer Florian Arbenz drew deep into his reserves of ingenuity to pull through. Deprived of opportunities to tour and perform in public, Arbenz hatched ambitious plans to document a series of 12 musical encounters, each recorded at his custom-built Hammerstudio in Basel.

Conversation #1 featured Arbenz with guitarist Nelson Veras and trumpeter Hermon Mehari, and it’s a remarkable addition to a line which began with Dave Douglas’s Tiny Bell Trio. Conversation #4 with saxophonist Maikel Vistel and bassist François Moutin should be available by the time you read this review, and this split session showcases two very different encounters featuring UK vibraphonist and percussionist Jim Hart.

Like Veras and Vistel, Hart is a member of Arbenz’s international group Convergence.  Rather than re-treading familiar turf, these musical conversations set out to engender a spirit of relaxed free expression. The music’s ever changing dynamics range from dreamy rubato to hard-grooving swing, but as you might expect when two percussionists converge, the duets with Hart have a strong emphasis on rhythm.

Hart’s marimba gives the mesmerising Wooden Lines something of an African feel, while the meditative Between Times carries echoes of exotic South Asian gamelan. Tryptich traverses more abstract territory, while both players have enormous fun on the two radically reworked standards. Dedicated listeners will be able to compare the contrasting versions of Freedom Jazz Dance heard on Conversations #1 and 4, and the old Eddie Harris favourite may yet become a barometer piece featured across all 12 volumes.

Bassist Heiri Känzig adds a more propulsive dynamic to the second session, though the musicians’ close-listening interplay is no less riveting. Jammin’ In The Children’s Corner is strangely redolent of late 60s Karl Berger and Günter Hampel, never a bad thing, while Hart’s Burtonesque chops bring a wonderful luminosity to the lyrical Sentimental Knowledge. The heat is really turned up on Hart’s groove-based Rhénos, while the radical deconstruction of Monk’s Epistrophy which brings the disc to a close offers the most conventionally swinging music of the set.

Embodying everything that is good about contemporary jazz and improvised music, Arbenz’s series has the potential to develop into a significant new body of work.