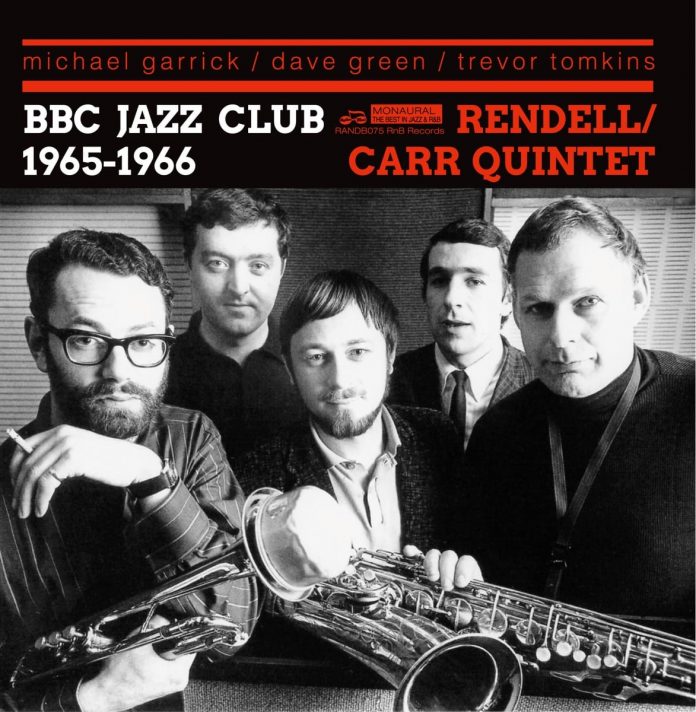 In his booklet essay Simon Spillett rightly points out that there’s rarely room for objectivity as far as cults are concerned. In the decades since it was active the Rendell/Carr Quintet has become the subject of a cult in the sense that much has been made of the transformation of British jazz that it allegedly brought about. The always dubious benefit of hindsight has arguably both deepened that cult and enabled us to see the band in context, and while there’s some substance in the claims of cult followers, there’s also reason in this release for thinking that maybe the cult makes claims at odds with reality.

The quintet’s rendition of I Could Write A Book is a case in point because even though everything’s present and correct, the precedents supplied by the more heated hard-bop work of, say, anyone from Hank Mobley all the way through to Donald Byrd seem more obvious than any individualistic take on the genre.

Indeed Rendell evokes the spirit of Mobley on Bill Evans’s Interplay to a pronounced degree, as far as I can hear, although even at this early point in his career it’s obvious that Michael Garrick has his own pianistic thing going on, while Carr’s solo is that of an individual seemingly intent on asserting his voice despite the many precedents he has to contend with.

On a compositional level some of the cult’s claims come into their own, thanks in no small part to Garrick’s ability to combine light and shade and poise and reflection, seemingly at will. She’ll Be Back exemplifies this, not least because it goes deeper than just strongly hinting at the break with American precedents. Rendell, Carr and (unsurprisingly) Garrick himself are all in sympathy with the piece’s reflective, wistful heart.

For those with a penchant for linear development Rendell’s Garrison ’65 will be something of a disappointment as it doesn’t tack to the intensity of the Coltrane quartet for all the hint implied by the title. Instead a balance between that intensity and a very different strain of reflection is quite precisely struck, and thus offers aural evidence of how this band reconciled diverse elements in stimulating fashion.