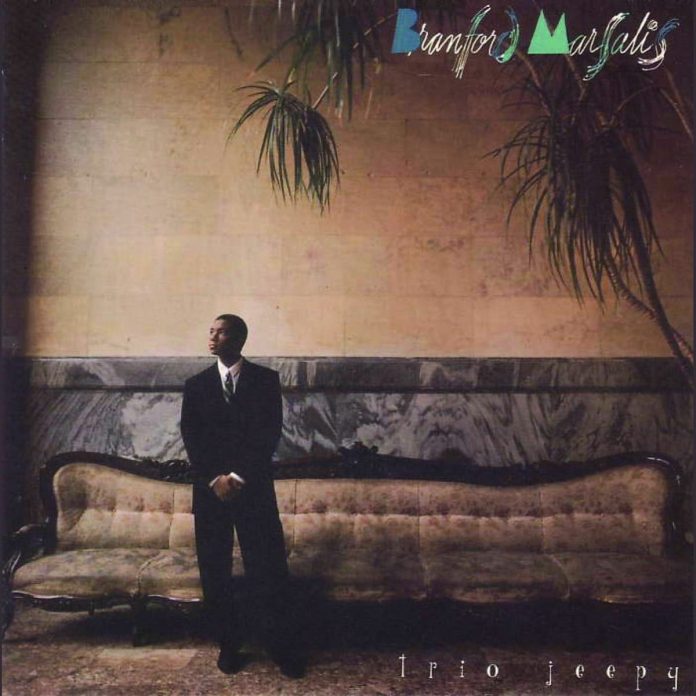 The most obvious and profound influence on Branford Marsalis has been Sonny Rollins. Tonally, rhythmically and melodically, Marsalis draws on the Rollins method book, and even the sparse instrumentation is the one which Sonny has preferred for much of his career.

Adding to the impression are the sort of songs that Rollins enjoys dissecting, and even one (Doxy) by the master himself. That said, Marsalis has also listened to other legends including Lucky Thompson, Ben Webster and Gene Ammons, but his drawing on the language of these men has not stultified his own personality.

This is a very good set of mod­ern/mainstream on which Marsalis is well served by octogenarian bass player Milt Hinton (replaced by Delbert Felix on Doxy, Peace and Random Abstract) and drummer Jeff Watts. Hinton sounds as tasty as ever – hear his mellow work on the blues Gutbucket Steepy.

The standards are all painlessly despatched, along with the lead­er’s compositions which open and close the set. The 82 minutes of inventive and unforced group interaction are completed by an attractive reworking of Strayhorn’s UMMG and an inspection of Ornette Coleman’s Peace.

Sonny Rollins will surely be flat­tered by these adventurous offer­ings from his closest disciple. Listeners will find a musically maturing Marsalis irresistible.

Derek Ansell - 29 July 2021
Dorham was an exceptionally good trumpet player but coming up in an era that included Dizzy Gillespie, Miles Davis, Fats Navarro and Clifford Brown he was often overlooked, or...

Grover Washington Jr: In The Name Of Love – The Elektra...