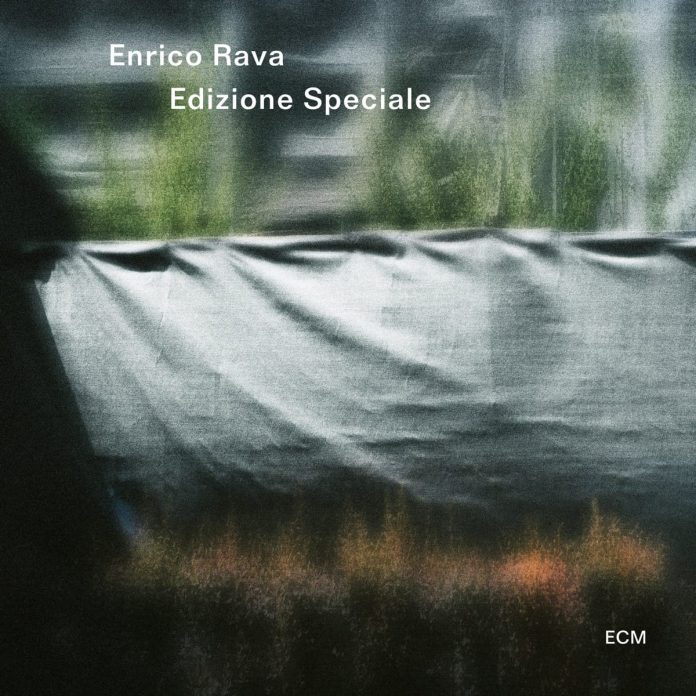 In the autumn 2019 I reviewed Enrico Rava’s last album, which he produced alongside fellow horn player Joe Lovano. His latest endeavour with ECM will be release number 18 with the German label since he made his debut back in 1975 with The Pilgrim And The Stars. In what seems a special touch to this album, all musicians featured have been inspired by or received mentoring from Rava throughout their careers.

The first piece, Infant, briefly begins with an unaccompanied flugelhorn introduction until the theme arrives moments later with the other band members. This opening track is an easy reminder of Ornette and Don Cherry’s work as recorded in the early 60s. What follows is a pair of tunes under one track listing. Once Upon A Summertime, a ballad composed by Michael Legrand, slowly unfolds into a medium-paced piece led by Giovanni Guidi on piano called Theme For Jessica Tatum. The improvisation is extensive to say the least, with the track lasting an impressive 17 minutes.

Wild Dance is the title track from his quartet’s 2015 album, proposing a free tempo with its loose structure described by Rava as “clouds of sounds”. The Fearless Five picks up where we left off in the previous number with a long-awaited sense of pulse. The rhythms are rooted in Dixieland culture and recall the days when Rava performed with Roswell Rudd.

The album concludes with, Quizás, Quizás, Quizás, a surprising choice to finish. Nonetheless it’s a beautiful Cuban composition which is executed perfectly by Rava and his band members, especially in the inventive outro. According to the press release, we are promised that further recordings are in preparation.

Michael Tucker - 26 March 2021
Since their debut with Last Things, reviewed in my post of 18/09/19, Hauge and Young have toured to clubs and festivals in Japan, South Korea, the USA, Germany, Denmark...