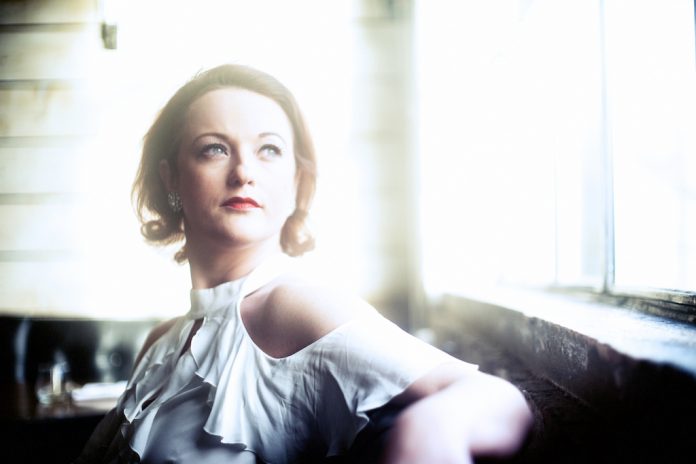 Jazz homages tend to be different from the tribute bands of rock, whose first priority is verisimilitude of appearance requiring 45-year-old males with a paunch to wriggle into clothes that went out of fashion 30 years before. After the look comes the music, created to avoid deviation from the original. It’s not so much tribute as flawed reproduction.

Jazz tributes tend not to pander to the silly desire for lookalike, soundalike accuracy. If that happens in jazz, it just happens. Singer Victoria Klewin’s extended nod towards Blossom Dearie and her music was not mimicry, even though it was almost impossible to sing the songs for which Dearie is known without adopting a little of their manner of delivery.

The Klewin band made the paying of respects to Dearie, who was not a major jazz figure, celebratory rather than laboriously dutiful

Klewin was aware of the need to make sure the lyrics were clearly heard, because it was what made Dearie’s songs and performances rise in significance against their light, swinging accompaniments: without that enveloping simplicity, the words – and the sentiments they express – would have been  lost. Klewin’s quintet of herself with guitarist Denny Ilett, Dan Moore at the keyboard, drummer Matt Brown and bassist Pasquale Votino followed fairly predictable structures, with Klewin singing from a seated position (Dearie was a singer-pianist). Visually, it was a comfortably compact arrangement, reflected in the music. The arrangements were Ilett’s but followed the originals closely.

Just as well, then, that it was a band capable of attracting interest on its own account as well as being supportive of its leader. Ilett and Moore wove auxiliary lines, the guitar often resorting to octaves in the Wes Montgomery style and, by extension, the styles of his American admirers with whom Dearie was associated – Kenny Burrell, for example. Moore mirrored Ilett’s guitar in taking from Dearie’s hip-sardonic lyrics the cue for choruses that were not interludes – they might well have been – but interesting extensions and additions to the prevailing mood.

With Dearie, that was mostly upbeat, along with the tempi, which were everywhere maintained according to my inbuilt metronome, and indicative of how faithfully Klewin had studied and absorbed the Dearie oeuvre. It was established with Let Me Love You and Try Your Wings, and quickly settled into Dearie’s sometimes bitter-sweet reflections on life and love. Klewin had mastered the difficult musical task of enunciating the words while phrasing the vocal line exquisitely, now and then scatting in the same way as Ilett deserted single-note paths for those sliding octaves.

Before Blossom’s Blues, Klewin acknowledged the presence of Votino, a Neapolitan depping for the quintet’s contrabass regulars Riaan Vosloo and Chris Jones, and playing in the band for the first time. It was also a recognition of another Dearie associate, Ray Brown, who once performed The Riviera (also played here) in a duo with  Dearie. It was at the ballad tempo of How Will He Know that Klewin reduced the personnel to herself and Moore. Dearie chose standards, such as I Won’t Dance and Harold Arlen’s Down With Love (words by E. Y. Harburg), that fell in with her sometimes lightly mocking persona. Votino took a solo on When In Rome – what else? –  and traded with Brown on Johnny Mercer’s My New Celebrity Is You.

The Klewin band made the paying of respects to Dearie, who was not a major jazz figure, celebratory rather than laboriously dutiful. It’s what jazz musicians can do without following to the letter how the objects of their devotion sounded. Imitation and sincere flattery are bound by cliché, but Dearie didn’t require flattery any more than Klewin was likely to confuse it with admiration. A classy act.

Simon Adams - 24 January 2019
London-based Sam Leak and NY-based Dan Tepfer came together for a Steinway Piano Festival in London in, I think, 2016, for which Leak was commissioned to write a suite...