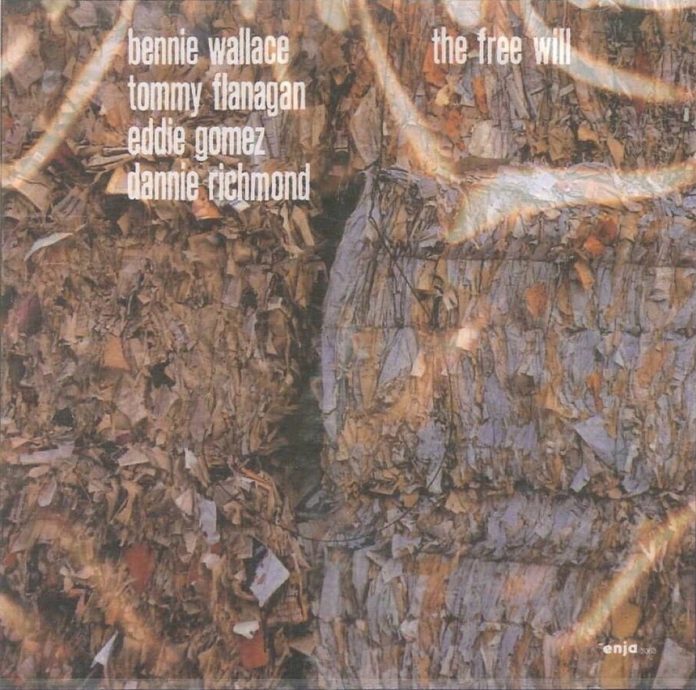 This is Wallace’s third Enja album, the others being ‘Fourteen Bar Blues’ (3029) and Live At The Public Theatre’ (3045). (Fuller information on Bennie Wallace would be very welcome).

What is likely to strike the listener coming to Bennie Wallace for the first time, is that his is an original voice on the tenor saxophone. Musicians as diverse as Don Byas, Eric Dolphy, Booker Ervin and Sonny Rollins will be recalled in an effort to pin down the Wallace musical antecedents, but if they are there, they have been welded into a whole which represents nobody but Bennie Wallace. Free Will opens with an out-of-tempo introduction by tenor and bass, but soon moves into a medium-up blues. The listener is immediately struck by Wallace’s unusual and personal tone – at once light but full-bodied, the overall phrasing recalling Don Byas (as does the slight but noticeable vibrato) – and by the very adventurous and personal harmonic approach, which is a little like Booker Ervin. Contributions from Tommy Flanagan, Eddie Gomez and Dannie Richmond follow, which are more familiar sounding but nonetheless excellent.

There follows a fairly unusual version of Sophisticated Lady, a tenor/piano duet. Again, we hear a resemblance in the symmetry of the phrasing to that of Don Byas, allied to Wallace’s personal harmonic approach. Another familiar standard, Star Eyes, receives an invigorating performance, which like all of Wallace’s uptempo work swings with gusto. Towards the end of his solo he allows himself the liberty of sounding like 101 other tenor players.

The three original tunes on the second side are based, respectively, on a very familiar standard chord sequence whose name temporarily escapes me, Giant Steps and Indiana. The latter is a particularly stimulating performance, with the tenor building chorus after chorus of sparkling invention. The tune is introduced (as are one or two others) with an extended out-of-tempo ‘free’ passage, which shows that Wallace could, should he wish to do so, play successfully in the latter style. My only criticism is the lack of variety in the tempo chosen on this side of the album.

I have done less than justice so far to the work of the magnificent rhythm section, with Flanagan and Gomez also contributing with strongly inventive solos. They add further lustre to an album which for me, marks the debut of a fascinating new voice on the tenor saxophone.