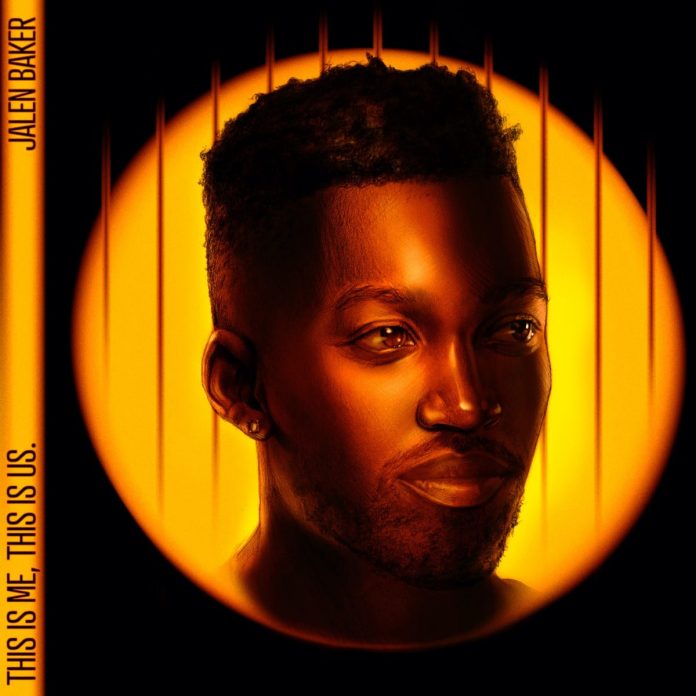 As a fan of early jazz, I’m more familiar with vibraphone players such as Chauncey Morehouse and Red Norvo than more contemporary practitioners such as, say, Chris Barrick, Sasha Berliner, Simon Moullier or Chien Chien Lu, so unexplored territory beckoned with this debut offering from Washington DC-born, Texas-based Jalen Baker.

After securing a BA in jazz studies from Chicago’s Columbia College, Baker won accolades at the Notre Dame, Elmhurst and Arcevia jazz festivals and remained active on the Chicago scene with the Jarrard Harris and Dod Calm Quartets and Human Bloom, as well as his own outfit Musiki Tano. Now based in Houston, he has also played with the Leon Anderson Quartet, the Savannah Jazz Orchestra and the trio and quartet headed by drummer Ulysses Owens Jr, who produced this album.

Comprising nine Baker originals and one cover, This Is Me sees the young artist joined by a coterie of grounded jazz musicians, but also mixes things up with some extraordinary string arrangements. The album opens on the brief So Help Me God, on which staccato strings and ethereal vibes soon yield to a duel between Paul Cornish’s piano and Giveton Gelin’s trumpet. This is followed by the much longer Don’t Shoot on which Gody’s frenetic drum work sees Baker’s keys joining the accompaniment for a while, as Gelin’s trumpet dances all over the arrangement before deferring to an extended spotlight for the leader. There’s also some nice work from Cornish and more cool string sounds.

Healing, with its repetitive opening vibe-and-piano phrasing, reflects on the aftermath of Covid-19, once more allowing Baker’s instrument to fly in formation with that of Gelin, with further solid keyboard work from Cornish towards the end, while the balladic Patience features another fine string arrangement that provides the underlay for more Baker-Gelin interplay.

The artist’s debt to jazz can be heard in the tasteful trio arrangements of Praise and Faith, the former using low piano tones to usher in extended activity from Baker, and the latter – both pensive and catchy – handing him virtually all the limelight, with some light bass underpinning from Godoy. Finally, after the aforementioned nods to the combination of the pestilence and violence of the past year or so, the album closes with a supreme low-key take on Stevie Wonder’s Love’s In Need Of Love Today.

This Is Me achieves a perfect balance, allowing Baker to showcase his skills without overshadowing or being overshadowed by his collaborators. The compositions and arrangements are substantial and thoughtful and without unnecessarily cluttered improv, the use of strings is extraordinary and innovative and the execution faultless. It’ll be a hard one to follow, but . . . watch this space.

Nic Jones - 29 March 2019
The name might trigger memories of an Irish comedian for some readers, but there’s little humour in this music. Allen has chops to burn like every member of this quintet,...