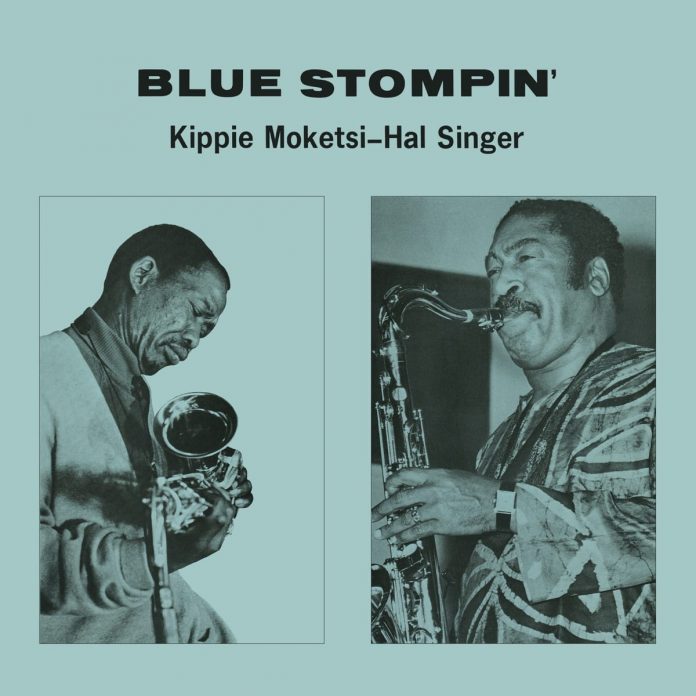 When I received it for review, I was a little disappointed that this album features four well-worn blues – on only one of which is Moeketsi partnered by minor Ellingtonian Hal Singer – with the leader apparently on less than top form.

The best work of Kippie Moeketsi (1925-1983) was with the Jazz Epistles alongside Ibrahim, Masekela and Jonas Gwangwa, and with Chris McGregor. But while Blue Stompin’ is in many respects modest Prestige rather than classic Blue Note, it still earns a near top rating. That’s because Moeketsi in later alcohol-ravaged career is still a genius.

Like any musician who struggled to pursue their art as the vile bureaucrats of apartheid tried to destroy black culture, Moeketsi is a hero in my book. Let’s also applaud the patrons who kept the music alive. The album was produced by Rashid Vally, owner of Johannesburg’s Kohinoor record shop and As-Shams (The Sun) record label, a major figure in South African jazz.

Oklahoma-born tenor saxophonist Hal Singer (1919-2020) was on tour in South Africa for a few weeks in 1974. He’d played with Duke Ellington, another hero of Moeketsi’s alongside Charlie Parker. The other recordings on the album appear to date from later that year, or 1975-6.

The repertoire is American but the sensibility is that wonderful South African distillation of American jazz. The title track first appeared on Singer’s 1959 Prestige album with Charlie Shavers; here Moeketsi begins with a long solo introduction, while his later solo shows his individual take on Parker.

There follows one track with tenor saxophonist Duku Makasi, and two with altoist Barney Rachabane.. Hang On There is in the genre of Charlie Parker blues – an American form, though pianist Pat Matshikiza has a fine marabi-inflected solo. Duke Pearson’s Scrap Iron and Kenny Burrell’s Yes Baby feature Jabu Nkosi’s own wonderful marabi style on electric piano, an influence also apparent on the horn arrangements. Moeketsi’s playing here benefits from the support of musicians he knew well. There’s so little by him currently available that this is a particularly essential album.