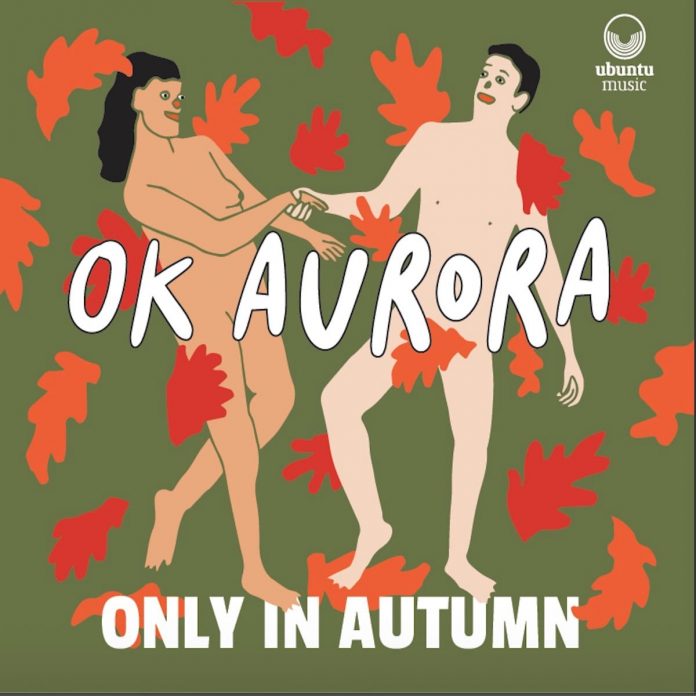 Now and again a CD lands on the mat that simply grabs me from the off. This debut offering from drummer, composer and arranger Rod Oughton’s sparkling octet did just that, with an electrifying mix of jazz, blues, pop, soul, soft-funk and world music. It’s the most exciting thing I’ve heard for ages.

Oughton has a strong track record, having performed with acts such as Hudson Taylor, Juan Galiardo, the James Taylor Quartet and Hannah Grace at venues ranging from London and Edinburgh to Cuba, Brazil and Dubai. Formed in 2019, OK Aurora released a three-track EP entitled Baby Zeza before recording Only In Autumn at Wales’s Giant Wafer Studio last year. The album features 11 Oughton originals, and claims influences from Steely Dan, Stevie Wonder, Michael Jackson and Becca Stevens – but there’s much more going on here.

The set jumps straight in with the title track which was also the band’s first single, starting on Jacky Naylor’s establishing keyboards and laid-back, dreamy vocals from Alina Miroshnichenko (a talent to watch, with a couple of YouTube clips to her credit, both solo and with pianist Frazer McIntosh). Oughton then detonates his drumkit, paving the way for strong brass licks, funky rhythm guitar from Billy Marrows and a great tenor sax solo spot from Dan Smith.

The catchy rhythm and urban sound of Come Clean sees Miroshnichenko’s vocals fencing with Naylor’s keyboard runs, while the busy Thomasito reflects Oughton’s time in Latin America with some wonderful scat singing, nice alto sax from Ronan Perrett and bright trumpet from Alexandra Ridout. Oughton takes lead vocal duties for the equally Latin-tinged Nina with its barrage of horns and some funky bass from Pete Komor, while the band’s next single, the cacophonous The Limit, opens on a mash-up of keyboards and low, distorted guitar runs before the singer calms the mood; Marrows and Ridout both shine as the combo makes a noisy, swinging exit. Coming Home boasts fabulous ensemble work from the three horns and Marrow’s alternately incisive and flowing axe work, while Swipe features a devastating drum solo from the principal who, having provided lively percussive punctuation throughout, really shows his mettle behind the skins.

Rod Oughton is 100 per cent talented as both drummer and writer, his stories, tunes and arrangements drawing on myriad influences while remaining undeniably original in their construction and feeling, and he’s put together a superb, winning outfit to execute them. “It’s a lot of fun when we all get going”, he observed recently. He’s not wrong – this is the business.

Brian Morton - 14 September 2020
Noonan prefers to call himself a “rhythmic storyteller” rather than drummer or percussionist, and he has frequently in the past narrated the back-stories of compositions while playing. Singing drummers...