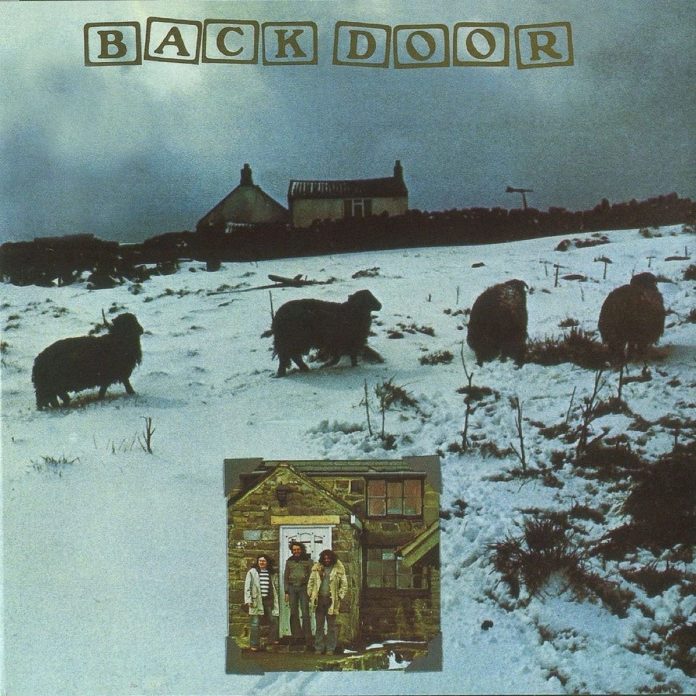 After many rejections a friend working in Drum City on Shaftesbury Avenue sent a copy of Back Door’s first album to the offices of New Musical Express where it came to the attention of Charles Shaar Murray, who subsequently gave the album a rave appraisal and extolled the virtues of Hodgkinson’s contributions: “Hodgkinson simply advances electric bass playing from the Model T stage to XKE Jag stage. I could drivel on about Hodgkinson for the next eight paragraphs but it’s easier just to say that the man is what the Fender bass guitar has been waiting for these past 20 years.”

All this they had accomplished without the aid of a manager, agent or publicist, and when Pete King, manager at Ronnie Scott’s, also received a copy of the album from Drum City, he didn’t hesitate in inviting them to support Chick Corea and Return To Forever. Their booking for two weeks was soon extended to three as their live performances further enhanced their reputation. As Chris Welch of the Melody Maker noted in his Caught In The Act review:

“Back Door somehow encapsulated the magic that so many seek and is so rarely achieved. They make their work seem simple and the beauty of the concept is that uncluttered by trappings they have soared ahead. While other bands Blitzkrieg us with noise, glamour and ever more sophisticated equipment, Back Door have exchanged wry smiles, set up the minimum of amplification gear necessary, and got stuck into playing a refreshing and supremely intelligent blend of blues, rock, jazz.”

Suddenly all those A&R honchos who had expressed disinterest could see their commercial potential writ large in neon capitals and came beating a path to their door. After some deliberation the band signed to Warner Brothers, who simply repackaged the original album with the addition of liner notes by NME’s editor Roy Carr: “Just once in a while, a group of musicians gather together for no other ulterior motive than to play, and without realising it produce a brand of music which immediately establishes a whole new set of values… Know them by this, their first album as Back Door. Then as Hodgkinson, Aspery and Hicks. Thereafter as Colin, Ron and Tony.”

The album is a brief but incendiary 31 minutes and 37 seconds of a hitherto arcane musical nirvana invoked to the power of three. This was nothing short of revolutionary music played by a trio perfectly attuned to each others’ raison d’etre. Underpinned by Hicks’ sensitive stick-work, the honk and howl of Aspery’s sax may be indebted to 52nd St bebop and Stax city soul but embodies a spirit that is all his own invention. His unorthodox phrasing was astonishing in an era when the instrument was commonplace and often overused.

The sense of true originality persists: Mark Gilbert, reviewing a triple-album reissue from Beat Goes On (see Amazon link above) in 2015 said: “In these febrile days when almost every other ‘new’ ‘jazz’ release is trumpeted as a superhuman feat of musical catholicism, this collection of three Back Door albums shows how little new ground there was left to cover 40 years ago.”

And as for Hodgkinson, words can but pay scant justice to his talent as the Ali Bongo of the bottom end – no one had ever approached the bass guitar in the same manner; perfecting a style whereby he mastered the art of playing bass lines, rhythm and lead at one and the same time. It was and remains a feat that has rarely been bettered, and Hodgkinson, be it remembered, threw his hat in the ring a full three years before that fretless Fender re-inventor Jaco Pastorius visited his own seminal genius upon the world.

Play that funky music white boys, and how; from the Freudian fidgets of Vienna Breakdown to the regal splendour of Plantagenet; from the dreamy repose of Human Bed to the languid lines of Waltz For A Wollum to the searing hutzpah of Folksong, everything about the album emphasises its counter-culture qualifications. If the angular grooves and ululations of Catcote or the corkscrewed gyrations of Jive Grind recall King Crimson or Just Us never doubt that these guys were innovators not imitators. Lieutenant Loose, Slivadiv, Askin’ The Way and the title track make this patently obvious.

At times scarily transcendent, Back Door remains a forceful declaration of intent. This is where jazz bedded rock and made a beautiful noise – radiating sounds from an alternate universe.

With their first album gleaning so much adulation from the press, Warner was keen for them to go to New York to record their follow-up. “We sent Felix Pappalardi a copy in a plain brown wrapper and asked if he would like to produce us, which he did. We were very excited about travelling to the States for the first time and recording at Electric Ladyland Studios. Felix, who had produced Cream, was very laid back and just gave us several ideas and some pointers and played keyboards too. We had a great time and were very happy with the record.”

8th Street Nites is in no way overshadowed by its predecessor, and as a considered statement is in several respects more tuneful and consequently more accessible for the ditherers and the unconverted. The exuberant romp and roll of such original compositions as His Old Boots; One Day You’re Down, The Next Day You’re Down and Adolphus Beal are offset by the more delicate canoodlings of Forget Me Daisy and It’s Nice When It’s Up which slither and slide with graceful ease between the ears. The album also features several covers of traditional blues songs, with Hodgkinson supplying gutbucket vocals to great effect, especially on Leadbetter’s Linin’ Track, and Johnson’s Walkin’ Blues and their bad-to-the-bone take on 32-20 Blues, which finally allowed Hodgkinson to commit his arresting solo rendition to vinyl.

“I didn’t sing on the first album because we didn’t have any songs, but I had always sung in bands before Back Door, and I was influenced very much by Mose Allison as much as Leadbelly and Robert Johnson.”

Again the album received favourable praise as their music – increasingly championed by the likes of Bob Harris and John Peel – earned them further gravitas and paved the way for the band to advance their career. “Later that year we did a long tour of the States mainly opening for the J. Geils Band, an unusual combination, and as openers we had a slot of about 25 minutes, but we got a good reaction and some great reviews.”

*Ron maintained that a Wollum was a hairy little creature that lived in church towers in North Yorkshire and only came out at night.

See part one and part three of this article.