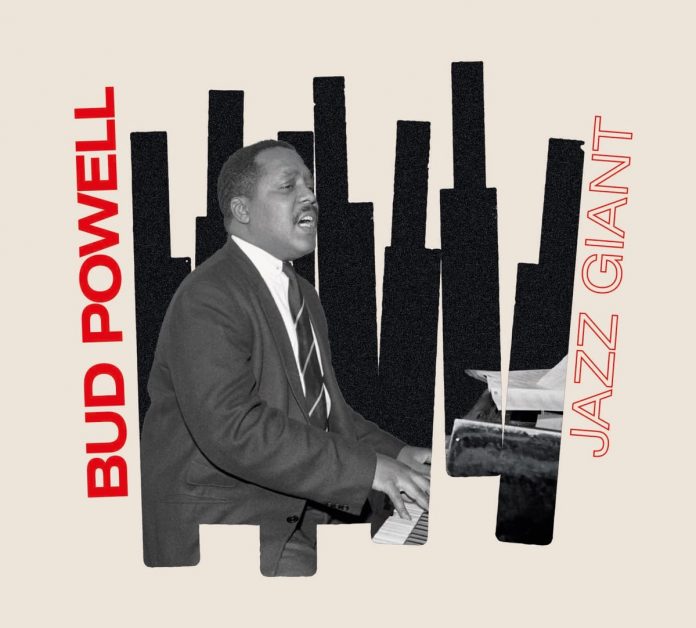 This CD contains two of Powell’s Verve albums produced by Norman Granz – Jazz Giant and Bud Powell Piano – both of which are among his best early recordings, despite the fact that he was still recovering from a police beating.

Shortly after these landmark sessions, with an increasing use of drugs and alcohol, his physical and mental health rapidly deteriorated. On those counts alone, these tracks are to be welcomed and treasured.

The first has an inspired Bud, strongly supported by Ray Brown, Max Road or Curly Russell, delivering breakneck and feverish performances of his own famous composition Tempus Fugit, and such standards as Cherokee, Get Happy, All God’s Chillun Got Rhythm, and Sweet Georgia Brown. All have passages of acuity and sheer brilliance, not least because of his percussive left hand.

Two other Powell originals – Celia, written for his daughter, and I’ll Keep Loving You – receive restrained but moving performances, while Strictly Confidential canters along at a pleasingly jaunty pace. Several passages in his reading of Jerome Kern’s Yesterdays reflect Powell’s indebtedness to Art Tatum.

The original Bud Powell Piano LP contained 10 equally remarkable solo performances. They are supplemented here by a 1954 trio date with Percy Heath and Art Taylor. The solo album features two of Bud’s best-known compositions: Hallucinations (retitled Budo on for Miles Davis’s nonet) and Parisian Thoroughfare. There really isn’t anything to choose between these solo titles – but try the lush A Nightingale Sang In Berkeley Square or the nimble (and again Tatum-esque) Just One Of Those Things.

The bonus tracks with Heath and Taylor are of the same non pareil standard. An elegiac It Never Entered My Mind and a solemn Funny Valentine firmly lodge in the memory.

Critic Gary Giddins in his magnum opus Visions Of Jazz: The First Century (1998) asserted that “Powell will be recognized as one of the most formidable creators of piano music in any time or idiom”. He must have had some – if not all – of these superb recordings in mind.