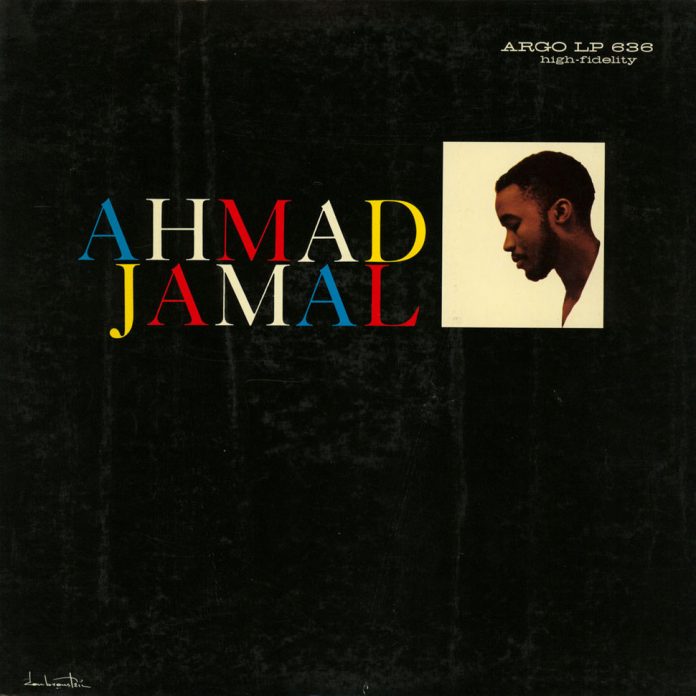 A few years ago it was the fashion to tab the fairer stars at Hollywood by such references as “The Body,” “The Legs,” “The Shape,” and others which would cause the editorial eyebrows to rise higher than the highest hi-fi. Why shouldn’t I do the same to the current range of jazz pianists?

Let’s start with Monk – the thinker; Peterson – the machine; Garner – the wit; Previn – the prolific; Basie – the bouncer; Ellington – the seeker. To these must be added Jamal – the repeater. To anyone who hates cliches he must run the risk of hitting rock bottom, yet there is an irresistible fascination about his playing which draws me to him. The delicate tracery which he weaves round such trite tunes as “Should I” and “Secret Love” is a tribute to Ahmad and his teachers, more than to the Tin Pan Alley dictators who decree that pieces shall be written within the tight confines of 16 bars, and a maximum spread of a tenth.

Unquestionably he is a romantic, in the best traditions of Chopin and Tchaikowski. He seldom deserts the melody, and when he does it is for the sake of the indescribable cliches I men­tioned before. They come, as inevit­ably as the thaw after snow, and resolve themselves into nothingness. When I heard him in New York recently he impressed me with his sense of tone, a delicacy which is often missing among jazz pianists, and for his rejection of the unnecessary. This accounts for the fairly lengthy periods of silence on Jamal’s part, where he is carried com­pletely by one of the finest bassists in the small group world, Israel Crosby. Vernell Fournier’s drumming is essentially a fill-in, seldom contributing more to the beat than the bass. At Newport he was lost, groping towards a sea of faces and ears ill-tuned for the subtleties of his improvisation.

With Jamal it is not only a case of what he puts in – listen for the opening chorus of “Cheek” to see what he leaves out. His use of block chords, à la Buckner, is effective if surprising. Another fine piece is “Squatty Roo,” an improbable inclusion for a pianist, where the force of repetition is the high­light of his interpretation.
Gerald Lascelles

Derek Ansell - 06 June 2021
The third of Miles’ collaborations with Gil Evans and a large orchestra concentrated on music with a Spanish flavour. He had already shown his liking for this music on...