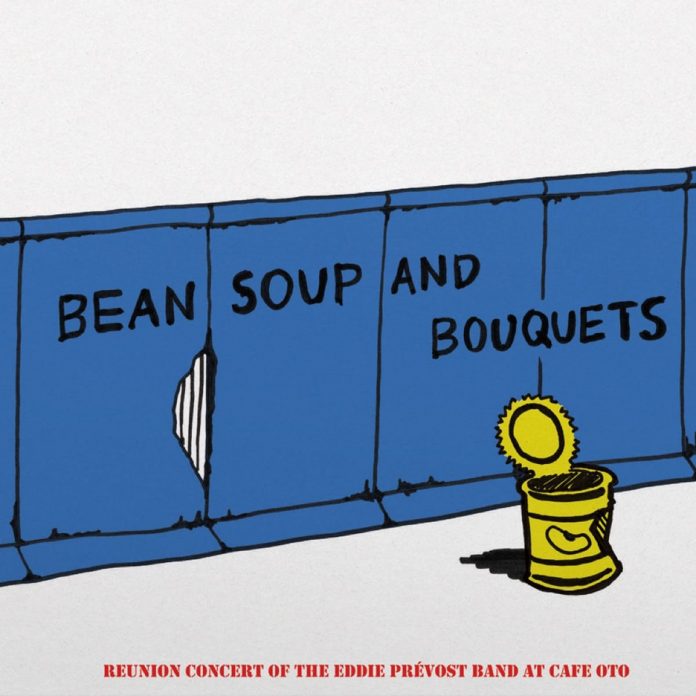 This very band, with the same membership, put out three live albums in 1977 and 1978. As this is their first album since those arguably heady days the band can hardly be accused of over-egging the pudding. It’s good to hear their mutual musical understanding hasn’t waned with the passing years.

Mattos and Prevost can generate enough rhythmic heat to power a big band of a more conventional nature, but if they did so the chances are the results wouldn’t be as satisfying as those here.

Across the 40 minutes of Bean Soup they intermittently insert the kind of momentum which is never oblivious to the passing moments and their gravity. Over the consequent foundation Gold and Hawkins periodically spin lines which show how the band’s very much a vehicle for collective improvising in the sense that no-one dominates. However, nor does anyone sublimate their instrumental character to the point where identity is lost; the whole is curiously greater than the sum of the parts.

Bouquets flowers from the off, with Hawkins at his most forthright over a rhythmic maelstrom. You could argue that his approach is in some ways not dissimilar to Lou Gare’s, but the difference in context draws a discreet veil over the idea. This is especially clear in view of how Gold later evokes the spirits of both Don Cherry and Cootie Williams in a manner that shows a healthy disregard for all the definitions even while it pays homage in multiple ways to the passing of time.

Gordon Jack - 05 April 2021
The 14 Jazz Orchestra’s third release finds them performing a heady brew of bebop, fusion and Latin. Recorded remotely during the pandemic it presented the leader, producer and arranger...