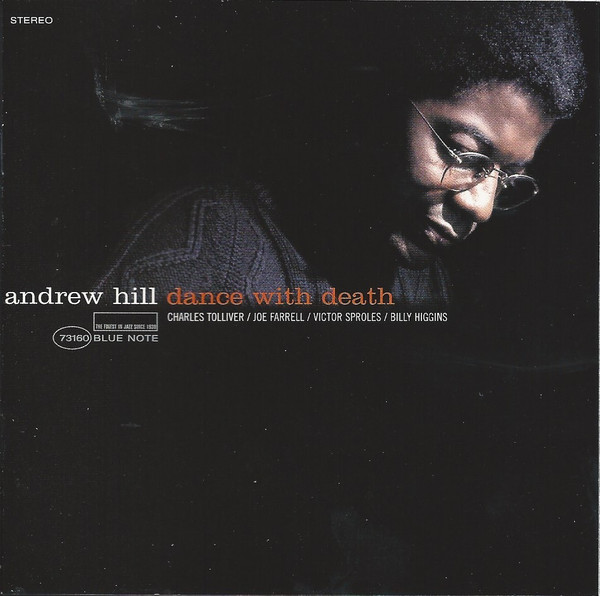 Hill’s is a hard-edged but fascinating music, its densely-woven fabric depending less on lush melody than a complex interaction of sophist­icated, spare harmonies and percussive phrasing. There are frequent shifts in rhythm and tempo, highlighted by sinuous melodies and chromatic tensions. It has definite and obvious links with the great body of music created by Thelonious Monk, but it is more than simply an extension. Hill’s elliptical approach to melody is individual and full of pungent flavour, to be savoured at length. In other words, it is music which rewards continued attention.

Violet is especially attractive. It moves in unexpected directions, stretching and telescoping both harmony and rhythm. Farrell strips it with bold splashes of primary colour; Tolliver skips more blithely over the peaks. But it remains, typically of Hill, a piece synthesising new developments and, by allying them to funky hard bop ideas, making them more approachable.

Nocturne, an asymmetric ballad crammed with fascinating by-ways, and the dual-tempoed Partitions are more within the mainstream of Hill’s own conception, imbuing the unpredictable with inexorable logic. But none of these excellent performances is exactly what it seems; each develops its own idio­syncratic charm.

It is hard to understand why this session remained unissued for so long. It is, simply, one of Hill’s best, surpassed only by “Judgement” and “Point Of Departure” – and that suggests a reversal here of the apparently dilutive trend which touched his work in the middle sixties.

Elliot Marlow-Stevens - 15 June 2021
Releasing an album titled Live At The Royal Albert Hall would normally be an indicator that a band has made a pretty serious mark. So it is for Snarky...