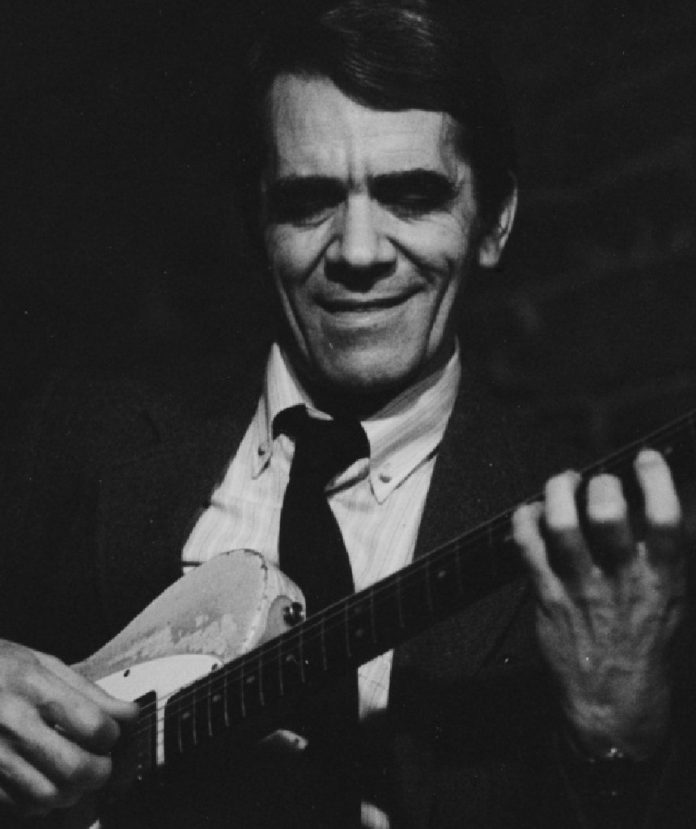 Although well known in Toronto from the 1950s, it was two decades before Ed Bickert’s reputation spread throughout Canada. It was yet another decade for his highly skilled and understated guitar playing to be fully appreciated internationally.

He was born Edward Isaac Bickert, 29 November 1932 in Hochfeld, Manitoba, and raised in Vernon, British Columbia. This was in a farming community where, after work, his parents played for country dances at which he also appeared as a child, having been taught guitar fundamentals by an older brother.

Moving to Toronto in 1952, he worked as a radio engineer and also played in clubs. Among musicians, local and visiting, with whom he played in these early and later years, mostly in clubs but also on recording dates, were Chet Baker, Ron Collier, Paul Desmond, Dizzy Gillespie, Moe Koffman, Rob McConnell, Dave McKenna, Phil Nimmons, Frank Rosolino and Don Thompson. With Koffman he recorded “Swinging Shepherd Blues”, which became a minor hit, and made albums in duo with McConnell, Mutual Street (Innovation), and Thompson, Dance to the Lady (Sackville). He was also a founder member of McConnell’s Boss Brass big band.

In the mid-1970s he appeared with Desmond on several excellent live albums, including Live at Bourbon Street (Artists House). In this decade he appeared at the Monterey Jazz Festival and formed his own regular trio with Thompson and Terry Clarke. In 1980 an album with Thompson, Sackville 4055 (Sackville), won a Juno Award.

The 1980s saw a visit to the UK where he played with Peter Appleyard, Humphrey Lyttelton and George Shearing, and he also toured with Milt Jackson. In the 1980s and 1990s he recorded with Benny Carter, Rosemary Clooney, Scott Hamilton, Lorne Lofsky, Ken Peplowski and Oscar Peterson among many, appearing on several Concord albums. These include own-name sets, The Ed Bickert 5 at Toronto’s Bourbon Street, Bye Bye Baby, Border Crossing and Third Floor Richard. Also for Concord, he recorded in a trio with McConnell and Neil Swainson, Trio Sketches, and with McConnell and Thompson, Three for the Road. A late own-name album was 1996’s The Guitar Mastery of Ed Bickert (DSM). In 1997 his contribution to the performing arts was recognized when he became a Member of the Order Of Canada.

Following the death of his wife, Madeline, Bickert retired. This was in 2000 and it was around this time that he broke both arms in a fall and thereafter could no longer play as well as he wished and chose not play in public again. In 2018 he became the first recipient of the Canadian Jazz Master Award.

Subtle and always understated, Bickert was highly respected by fellow musicians, especially as an accompanist to solo instrumentalists. Musicians with whom he played over the years spoke admiringly of his great talent. His solo work showed him to be inventive, imaginative and always swinging. Unlike many of his contemporaries, Bickert chose not to play the hollow-bodied guitar that dominated jazz in his active decades, preferring instead the solid-bodied Fender Telecaster, but fitted with a neck humbucker for a thicker, more typically jazzy tone.

Ed Bickert succumbed to cancer 28 February 2019. He is survived by his daughter, Lindsey and his sons Jeffrey and Timothy.