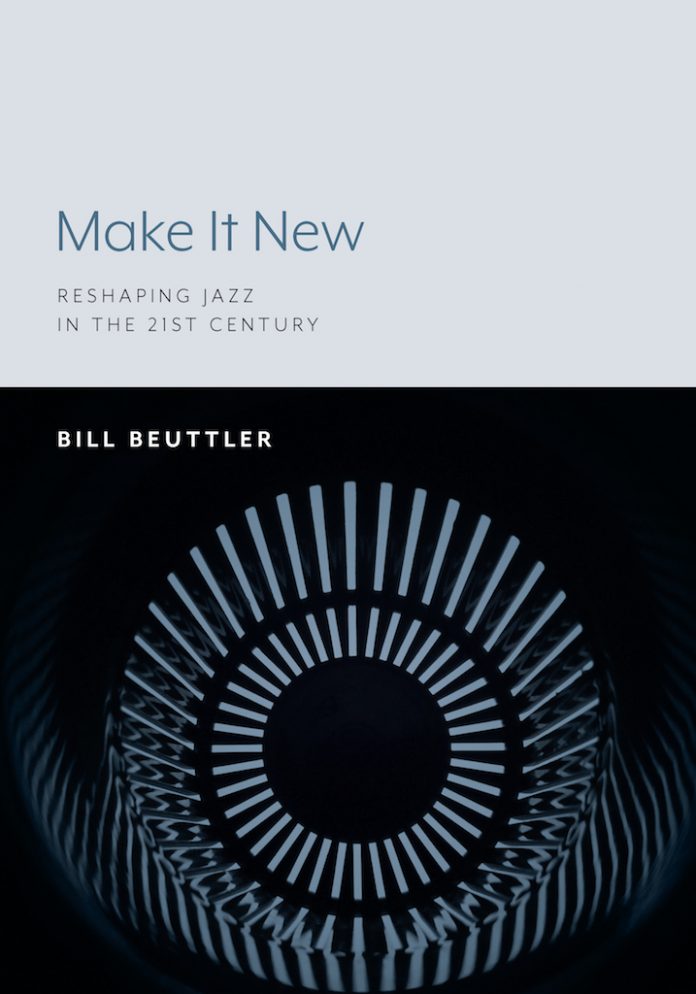 "Some of Beuttler’s interviewees are often tiresome and pretentious. Maybe that’s another tendency: the willingness of modern art practitioners to waffle about what they do in lieu of doing it. One’s reminded of a lengthy question about his music put to Erroll Garner, who replied 'Hmm'"

Bill Beuttler’s interesting and timely book, in its format at least, is a 21st-century counterpart of Joe Goldberg’s Jazz Masters Of The 1950s, published in 1965. Both choose a representative group of musicians to indicate what’s new and changing and, in the author’s view, significant. Goldberg’s dozen profiles contrast with Beuttler’s eight, which include a band, The Bad Plus.

Beuttler, formerly a jazz writer for the Boston Globe, shows in what manner his examples – Jason Moran, Vijay Iyer, Rudresh Mahanthappa, Miguel Zenón, Anat Cohen, Robert Glasper, The Bad Plus and Esperanza Spalding – are engaging with society. Such engagement in jazz’s recent past has often been personal and more narrowly focused. Writer Paul de Barros claims that musicians such as Lee Morgan and Sonny Rollins should be seen and heard as black people in a white society, a view that would explain their furnace heat. But de Barros concludes: “We do not understand what the relationship is between Bill Frisell and society”.

This is unfair, not only to a white musician chosen at random but also to the music he makes. It also implies that jazz belongs to African-Americans. Beuttler’s description of jazz as increasingly a worldwide activity indicates that this has not been so for ages. Moreover, it’s an insult to African-Americans whose continuing proprietorial influence, if it existed, would limit jazz as a creation – their creation – incapable of development except by them alone.

Circles are always being completed and trends ever advancing, women in jazz being a good example of the latter. Jazz has been either “straight ahead” or eclectic and divergent (not straight ahead). A new generation of African-American jazz musicians, especially after the election of Trump, is living through renewed black oppression and taking cues from popular genres in which fulmination has long found a voice. The magnitude of other changes – basically an eclecticism far more intense and widespread than 1970s “fusion” – is encapsulated in something trombonist, composer and academic George Lewis told Beuttler: that he should abandon the label “jazz” when discussing the music in this book.

So, has jazz moved on to something else of which it will only be remembered as a precursor? Should there be a new name for Anat Cohen’s pursuit in music of “groove, of happiness, of silliness, of playfulness … moments of retrospection … of introspection”? Spalding says: “I sing the blues, I sing folk, I sing jazz, classical. I’m a poet, an actress, I know how to make really good cornbread”. Glasper admits: “Basically all the guys in my trio listen to hip-hop. We all check it out. When we lock into the groove we groove really hard”. But Zenón is keen to emphasise the lineage of which so much of today’s jazz is but the latest manifestation. Iyer’s influences, too, are from that lineage but he also wants to discover how compatible tabla and mridangam sounds can be incorporated into his piano playing. And so on for the others.

Some of Beuttler’s interviewees are often tiresome and pretentious. Maybe that’s another tendency: the willingness of modern art practitioners to waffle about what they do in lieu of doing it. One’s reminded of a lengthy question about his music put to Erroll Garner, who replied “Hmm”.

Enough said, as it were. Where once musical revolutions created their noisy detractors, listeners these days who don’t like what they hear just switch off. Beuttler doesn’t pursue issues as much as offer descriptions, explanations and points of view. Even if we turn off, we like to know where we are.

I try to resist the temptation to jump to premature conclusions when reviewing, but the moment I heard the Clifford Brown inspired first track...

The revival of the Tempo label in the mid-1950s provided a vital platform for British modern jazz and the music's rapidly maturing talents. That...

Keith Tippett's recent passing sent me scurrying back to the percentage of his discography that I have on record; the exercise disclosed facets of...

Musical discussions with Chicago's moder­nists usually reveal the extent of the inter­action between jazz and blues in that city. Because of this, it is...