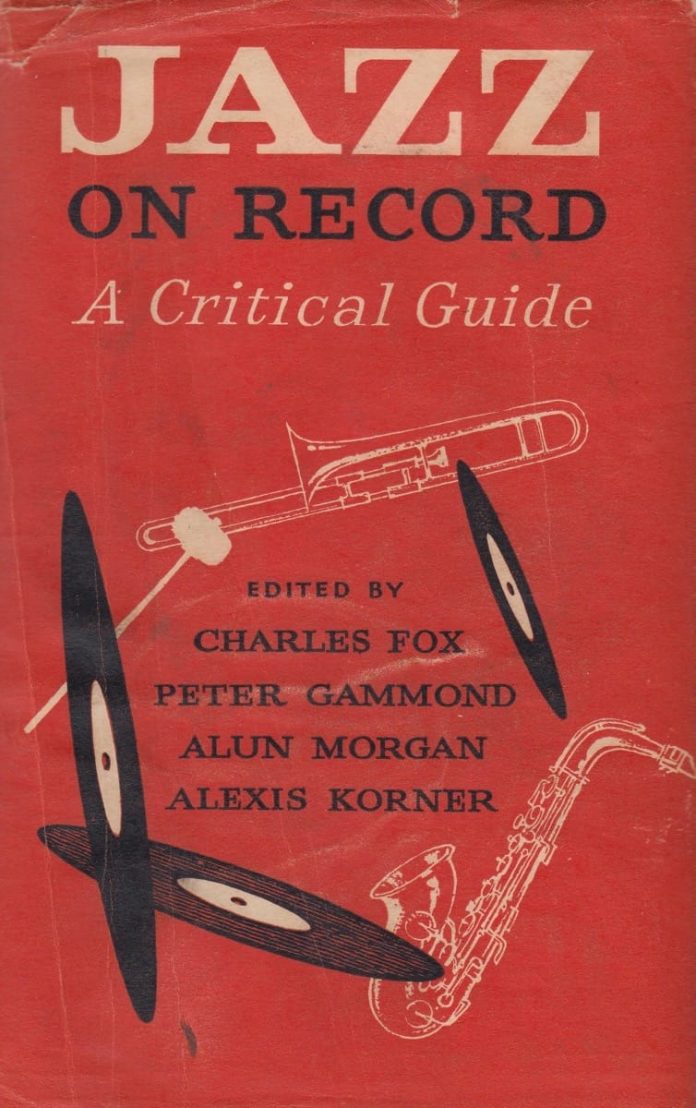 Jazz writer and broadcaster Charles Fox died on May 9, 1991 after collapsing in the street in his home town of Weymouth. The news came as a shock to many for he had been broadcasting regularly up to the time of his death on such BBC programmes as Jazz Record Requests. He was also the author of the continuing 100 Years Of Jazz being pre­sented by Stan Dunn on Jazz FM.

I knew Charles for nearly 40 years and his passing has robbed me of a good friend and mentor. We first met in 1954 when the late Albert McCarthy was assembling a team of writers for his then new Jazz Monthly magazine. Charles had, I believe, been working on the Recorder newspaper and before that for Reuters. He was still editing a poetry maga­zine called Ninepence for he was a poet of some standing himself.

Born in 1921 he had been collecting jazz records since before the war. In the mid to late forties he wrote about jazz in magazines such as McCarthy’s Jazz Forum and Jazz Music and had poetry pub­lished in Poetry Quarterly and Outposts. He was also engaged, along with other collec­tors, on a complete discography of Duke Ellington.

He was the first and probably the best real writer I ever knew. Apart from our reviews appearing in the Monthly we both contrib­uted to a number of books including Jazz On Record (the first 1960 version), Jazz 1955 and Duke Ellington, His Life And Music. We were asked by Tony Pollard to take over the jazz review pages of the Gramophone maga­zine and for several years I was proud to be the A.M. alongside his C.F. in those pages.

Charles taught me so much about writing in his gentle, persuasive way. He guided me in the direction of an excellent little book titled The Elements Of Style by William Strunk Jr. I have it by me as I write and am ashamed to read yet again that ‘revising is part of writ­ing. Few writers are so expert that they can produce what they are after on the first try’. I am ashamed because I flout that dictum each time I sit at my typewriter. With me you get what you buy; the sheet that comes out of the machine for the printer is the first one that went in. I know I am no ‘expert writer’ but Charles was a real professional. Often when I called on him he would be redrafting some­thing perhaps for the third time, even if it was a short filler for the Radio Times. All his writing read easily with a flow that seemed to come naturally. But I know it was the result of careful honing and revising.

He also guided me in the direction of so much wonderful jazz which I might other­wise have missed. He was as knowledgeable about Claude Hopkins and Benny Carter as he was about Duke Ellington and Gil Evans. In later years he took a genuine interest in more modern forms of jazz, becoming a leading authority on avant-garde matters.

He was greatly respected by all musicians who came into contact with him. His radio interviews with men such as Roy Eldridge, Count Basie and Milt Jackson were classics of their kind, for Charles’s gentlemanly approach put them at their ease and they responded by telling their stories with a coherence not always present when inter­viewed by others.

I saw a great deal of Charles when he lived in London. He shared a maisonette in Bayswater with the late Alexis Korner and his family and I would sometimes stay the night there if we had been to a late function such as judging an Inter-University Jazz Contest or attending a concert. The Korner household in those days often contained such peripatetic jazz figures as Ginger Baker, Phil Seamen, Jack Bruce, Dick Heckstall-Smith, etc, all members of Alexis’s bands at various times.

When Charles moved out of London and returned to his native Dorset we saw less of each other but we kept in touch. He sent me copies of his books, including a beautifully written and concise history of our music titled Jazz In Perspective. His soft but authoritative voice on the radio gave jazz a dignity and eloquence it had not always pos­sessed and his programmes included The Three Faces Of Jazz, The Music Of Duke Ellington, The Jazz Avant Garde, Poetry And Jazz and Jelly Roll Morton as well as his long-running Jazz Today. He wrote for the New Statesman, the Guardian and Sunday Times as well as the specialist jazz publi­cations. We shared a consuming interest in cricket and he carried on playing the game himself until he was well into his forties.

I never heard anyone utter a disparaging remark or opinion about him for he was well-liked and respected. He was a very nice man and I shall always be grateful to him for his friendship and guidance.

Hugh Rainey - 01 March 2021
Australian-born vocalist Gemma Sherry has been resident in NYC and Philadelphia since 2010, and studied vocal improvisation at the New School under Billy Harper. In Songs I Love, the well-chosen...