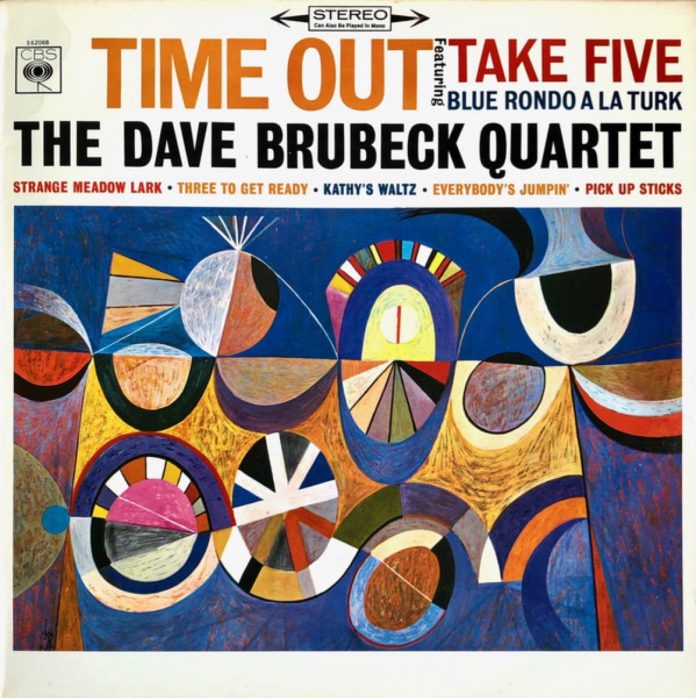 How fortunate Brubeck was that Paul Desmond stayed with him for so long. This album is a clear example of how Desmond pro­vided far more than 25 per cent of the quartet’s appeal.

He not only contributed Take Five, the most catchy and successful of the rhythmically adventurous pieces here, but also showed a masterful facility in floating through the dif­ferent rhythms.

The 9/8 opening of Blue Rondo is rather deceptive, as most of the track is in common time, and the following Meadow Lark is not particularly strange. The next two pieces however were genuinely experimental. Desmond and Morello are the stars in 5/4 time while Brubeck, like Desmond, copes well with the alternating 3/4 and 4/4 of Three To Get Ready.

The last three of Brubeck’s compositions play around with multiples of two and three, the pianist inevitably sounding rather heavy and deliberate in comparison with Desmond.

Steve Race’s original notes sug­gested that this would turn out to be a very significant album. I don’t think it’s that, but it certainly has an unusual charm and anyone who wanted a single example of Brubeck’s best quartet would find this an interesting choice.

Roger Farbey - 28 February 2021
Judging by its title and the cover photo depicting Newcomb and his bass playing son Jake, the main sales pitch of this release is the inter-generational familial team-up. Nothing...