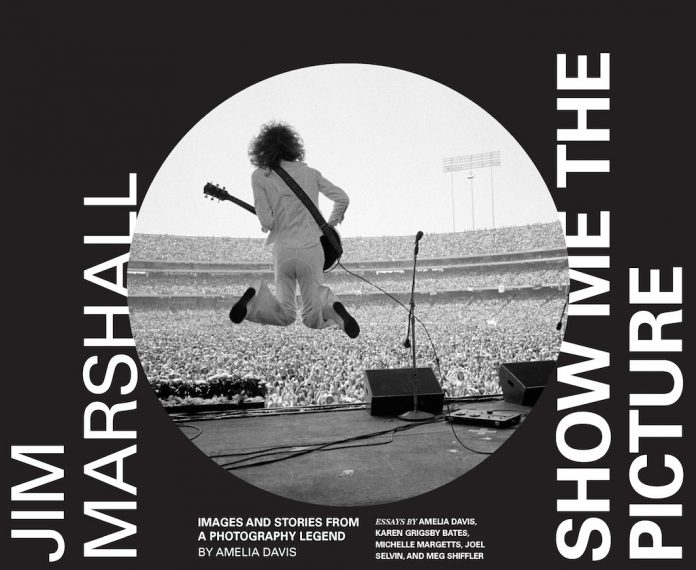 Jim Marshall (1936-2010) is largely known for his images of the jazz greats and rock stars of the 60s and 70s. This book shows how his work straddled a wider canvas and provides a fresh insight into his life. It has in-depth essays from people who knew him well and those who have studied his output. These include Michelle Margetts, a journalism student who asked Marshall for an interview and got more than she bargained for when she knocked on his door. She was 20 and he 48. Their ensuing relationship lasted for two years. Also Amelia Davis, a gay woman who became his assistant, friend and confidante for 13 years until he died. Marshall trusted Davis with his life’s work and willed her his entire estate of more than a million negatives. It is her editing of these images that has made this book possible.

The book recounts that Marshall’s first interest in photography was shooting fast cars and young women at drag races in San Francisco as a a teenager. It provides candid examples of his growing interest in street photography in his 20s. We see the output from assignments he undertook for various publications. One of these was to document the challenges of poverty in America and to carry this out Marshall lived with and sensitively photographed an extremely poor coal-mining family in Kentucky. We see images that he took of the dry run for the civil rights march on Washington where Martin Luther King gave his “I have a dream” speech in 1963. And also pictures of the trial run for the Freedom Summer of 1964 in Mississippi held to promote the registering of black citizens who had been denied their basic constitutional rights. In 1967 he recorded the anti Vietnam war protests in Oakland and San Francisco and his photos of the psychedelic Summer Of Love in San Francisco appeared in national magazines. Images from these early years with those he created later comprise a telling extract that illuminates American sociopolitical and cultural history of the time.

…when police raided his home they found an arsenal of guns, two dozen knives and ammunition including more than 50 pounds of armour-piercing bullets. By all accounts, Marshall was not a particularly pleasant man

The book also details Marshall’s darker side and describes events leading to charges and sentencing for making obscene phone calls to women and having an unlicensed firearm; threatening a young man with a Bowie knife; charges of attempted murder after “accidentally” shooting a friend of his wife; charges of assault with a deadly weapon and brandishing a gun at his neighbours. We learn that when police raided his home they found an arsenal of guns, two dozen knives and ammunition including more than 50 pounds of armour-piercing bullets. By all accounts, Marshall was not a particularly pleasant man.

The book shows how he vaulted into being the premier music photographer of his time with iconic images of Bob Dylan on the streets of New York; John Coltrane at a friend’s house; Miles Davis in the boxing ring; Johnny Cash at San Quentin Prison and backstage pictures of unguarded moments with Joan Baez, Jimi Hendrix, Janis Joplin, Jim Morrison, the Rolling Stones and many others at festivals including Monterey, Newport and Woodstock. It tells how he developed special bonds with the artists he covered and how those relationships helped him capture some of the most vivid imagery in jazz and rock music. It also reveals how he immersed himself in the scene’s drug culture. For instance, his world-famous shot of the massed crowds at Woodstock was taken from the top of a lighting scaffold which he’d climbed after being dosed with acid by the Grateful Dead. We learn that over the years, Marshall became a serious drug addict and that he was still snorting two grams of cocaine a day in his 60s along with four sleeping pills, wine and half a bottle of whiskey every night. It’s a wonder he lived as long as he did.

This is an engrossing narrative about Marshall’s life and it showcases some of his most compelling photographs. Most of the images are full page in black and white. The book actually contains more photographs than the figure of 250 cited above as several are marked-up proof sheets with each comprising over 30 images in themselves. It’s a handsomely produced volume and it has a useful index.

Bill Connors: Of Mist And Melting

Brian Morton - 16 August 2019
A radio producer asked me to recommend a “typical” (she did apologetic air-quotes as she said it) ECM track for a documentary we were making: “Typical, but not too...