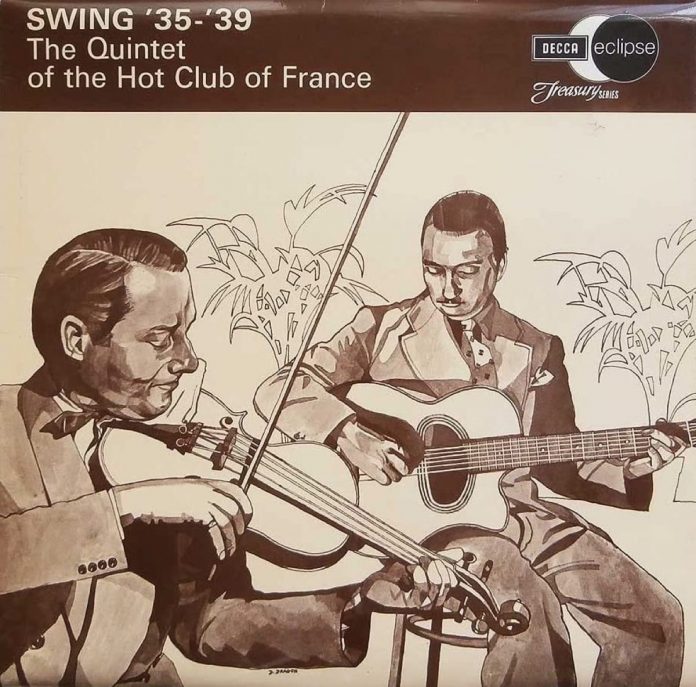 Here are some of the very best items that the Quintet of the Hot Club ever recorded. The accent is very much on swing, with the drumless rhythm as crisp and chunky as this group ever produced. There is a fire, innate swing and period charm shining through the entire album and the playing of the two solo­ists is vivid enough to hold the interest throughout.

Certainly Reinhardt was a genius, but violinist Grapelly, who roughly takes an equal share on the solo time with him, brings it vividly to mind that his fervid fiddling was as much a part of the act as was the great guitarist’s own contributions. Grappelly has probably never played better than he does on the furious Them There Eyes – his tone is ‘cleaner’ than most other jazz violinists, but here, and on Appel, he plays with a fine attack and an abundancy of ideas.

Django, as always, is truly amazing. His version of St. Louis is original and unique, and he plays with great sensitivity and feeling on the charming It Was So Beautiful and Moonglow.

Finely recorded, and without a single dull track, this is a natural must for all followers of this excellent French jazz group.

Leon Nock - 18 August 2021
As a student of irony I anticipate at the very least a "gentleman’s C" out of this release; for one thing it’s titled The Hits yet one looks in...