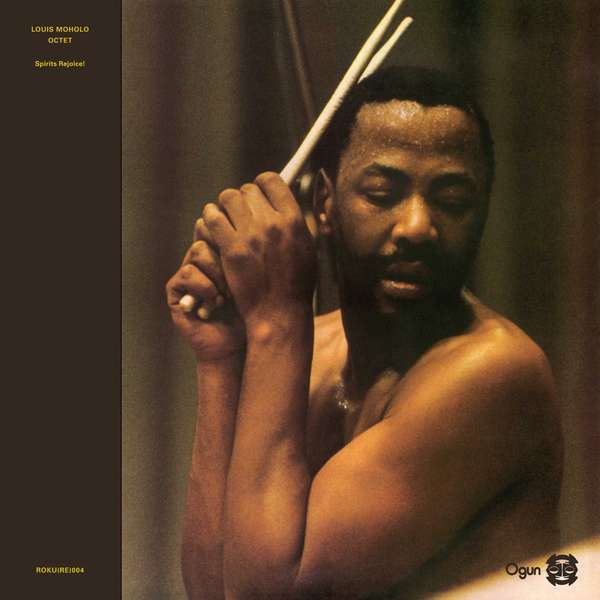 It’s some years since the formation of Four Blokes. Its leader, the drummer Louis Moholo-Moholo, regularly visits the UK from his homeland of South Africa to take up the reins of this now well-established working band, and for this two-day session in north London he added fifth bloke Shabaka Hutchings.

This visit coincided with the reissue of the 1978 album Spirits Rejoice!, and whilst the line-up has changed since then, the urgency and joy of the music remains. The 79-year-old drummer is still firmly in the driving seat, but the Thursday night set found pianist Alexander Hawkins directing proceedings. It doesn’t need much direction – all the players are completely focused, self-motivated and confident of their roles within the collective, individual and specific – but it was Hawkins who seemed to be providing the broad canvas on which the others laid down their textures of colour and sound, played with enthusiasm and infectious enjoyment. The elongated pieces have a well-rooted pattern – epitomised by their theme Dikeledi Tsa Phelo – a mixture of hymn-like anthems and free-form passages. With the familiar African songs, chants and marches it is the music of struggle and of freedom.

The assertiveness and ebullience of Jason Yarde’s playing is well known now and in this slightly larger format his alto and soprano are complemented by the depth of Hutchings on tenor and bass clarinet, adding a different dimension to the group sound, rich and full. The two saxophonists move readily and easily, from the anthemic to the improvisational, fiery and immediate; then just as quickly bring the audience into areas of dance and celebration. At one point Hutchings’ tenor slipped into a solo verging on the schmaltzy that wouldn’t have been out of place at the Cafe De Paris, before launching into another sphere.

Centre stage was the forceful John Edwards, a bassist of immense presence, using the whole gamut of styles and techniques: walking, bowing, slapping and plucking. He is a player who can turn a piece on its head with a sudden explosion, urging the band to change direction. It’s a huge sound, effectively making sure the floor is taking notice. Both bass and piano took turns to alter the level of strength and volume.

The Thursday saw Louis’s drumming slightly subdued, possibly a result of a long-haul flight, but he was back on form on the Friday, strong and vital to the whole performance. His chattering snare and ringing cymbals drove his players to greater heights whilst maintaining that immense sense of swing so familiar in his playing and he added, of course, the occasional howitzer explosion.

Matthew Wright - 19 October 2020
Both of these albums are rare finds by the intrepid Jordi Pujol of Fresh Sound for his Best Voices Time Forgot series and are an interesting contrast between the...