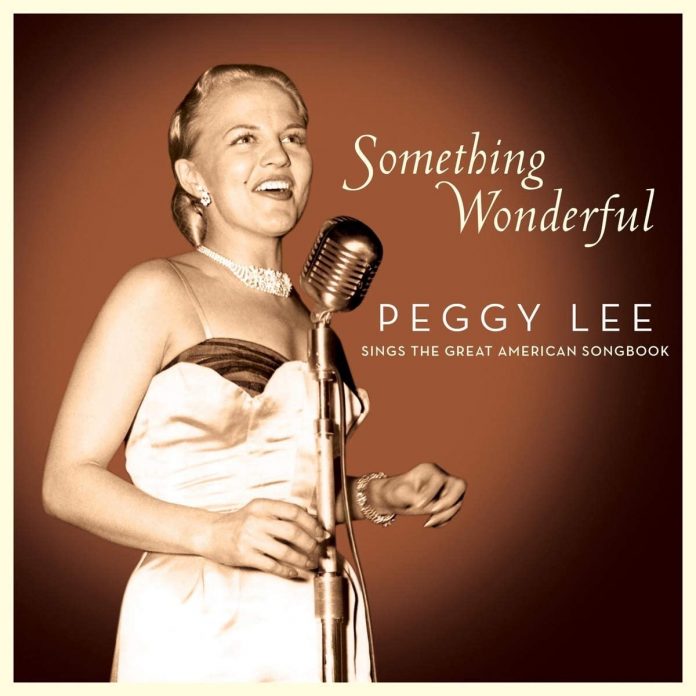 She rose from Cinderella to top chanteuse. Born as Norma Deloris Egstrom in Jamestown, North Dakota, Peggy Lee was four years old when her mother died in 1924. Her father remarried but abandoned his daughter to a stepmother who abused her daily. Lee worked as a milkmaid in her teens and began singing with a local band when she was 14.

After escaping home at 17 she was invited to sing on a local radio station by a producer who renamed her Peggy Lee. Benny Goodman spotted her singing in a nightclub when she was 21 and asked her to join his band. A year later she shot to stardom with her sultry and cool delivery of Why Don’t You Do Right? The rest, as they say, is history.

This double CD set features 40 songs from Lee’s radio programme, The Peggy Lee Show, which aired during 1951-1952. Apart from Skylark and Everything Happens To Me, none of the tracks have been released before. Her interpretations of classic American standards are grouped into sessions reflecting their songwriters: Johnny Mercer, Rodgers & Hart or Hammerstein, Cole Porter, Matt Dennis, Lee herself, Hoagy Carmichael, Frank Loesser and eight numbers from the likes of George Gershwin, Irving Gordon and Harry Warren. Unusually, Carmichael, Loesser, Dennis and Mercer are also heard “live”, singing duets and medleys of their songs with Lee.

Lee isn’t given to flowery embellishments and instead has the beguiling knack of distilling each song to its very essence. She’s ably backed on both CDs by orchestras led by Russ Case and Sonny Burke. Highlights are many and Lee’s in top form throughout. Ellington once said “If I’m the duke, man, Peggy Lee is the queen.” I think listeners to this set might well agree.

Something Wonderful is housed in a six-panel digipak and comes with a 16-page booklet.

Discography
CD1: Peggy Lee Introduction; Johnny Mercer Introduction; Ac-Cent-Tchu-Ate The Positive; Goody Goody; Come Rain Or Come Shine; That Old Black Magic; (Ah, The Apple Trees) When The World Was Young; Johnny Mercer Introduction; Medley: Jeepers Creepers/Too Marvelous For Words/Mandy Is Two/Blues In The Night; My Funny Valentine; The Lady Is A Tramp; I Could Write A Book; This Can’t Be Love; Lover; Something Wonderful; Mountain Greenery; From This Moment On; I’ve Got You Under My Skin; What Is This Thing Called Love?; Just One Of Those Things; Everything Happens To Me; Medley: We Belong Together/Angel Eyes/Let’s Get Away From It All (46.19)
CD2: It’s A Good Day; I Don’t Know Enough About You; Mañana; Whee Baby; Skylark; Medley: Georgia On My Mind/I Get Along Without You Very Well/Old Rockin’ Chair/Little Old Lady/Small Fry/Two Sleepy People; Hoop Dee Doo; Frank Loesser Introduction; Medley: Jingle, Jangle, Jingle/If I Were A Bell/On A Slow Boat To China/A Bushel And A Peck/Baby, It’s Cold Outside; Somebody Loves Me; Oh, Look At Me Now; Unforgettable; Lullaby Of Broadway; Alone Together; When You’re Smiling; Try A Little Tendernes; All Of Me (42.17)
Lee (v); Mercer, Dennis, Carmichael and Loesser (v); orchestras led by Russ Case and Sonny Burke. First broadcast New York & Los Angeles 1952; this compilation Los Angeles, 2020.
Omnivore Recordings OV 385