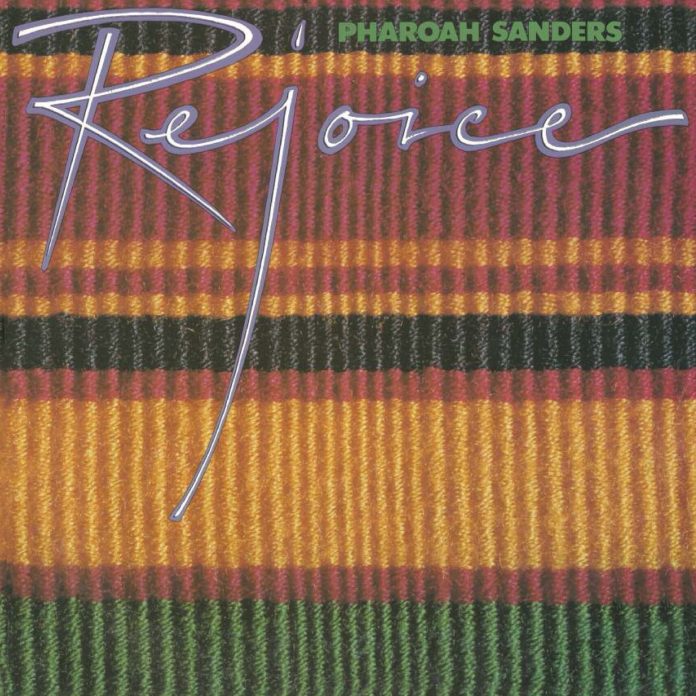 Just under 14 years after his death in 1967, John Coltrane was saluted on this double LP set. Sanders was in two minds. Should he choose the late work of his old boss or the early music? In the event he decided on something from both eras.

Rejoice, which takes up all of side one on the first LP, pays homage to late Coltrane, the last gasp duos with Rashied Ali. Here Sanders is full of complex, high-octane improvising on a simple theme which he climaxes with a series of full-blooded screeches at the conclusion. The track also includes a perfectly structured, extended drum solo by Elvin Jones. The second side features two pieces of highlife, one standard and the other Nigerian juju. This is a more mellow, mature Sanders as he swings joyously through these tracks, sounding at times like a supercharged Sonny Rollins doing his calypso thing. It is all light and airy compared to the intensity of side one.

LP2 begins with a laid-back Origin and is followed by When Lights Are Low. Sanders is now paying respectful homage to early Coltrane and his solo is bright, full of melodic phrases and a similar tone to the one Coltrane used, vintage 1957. Moment’s Notice is even more relaxed and mellow although it is fair to say that Sanders does not take anything from Coltrane’s original solo; this improvisation is all his own and it flows along wonderfully.

Central Park West on side two of LP2 is another quiet, thoughtful reading of a song associated with his old boss. Bobby Hutcherson is heard on vibes playing a solo on Moment’s Notice and although he is good, his sound is oddly stiff and lacking any vibrato. The same applies to Billy Higgins’ cymbals which are thin indeed so this must be put down to poor recording on the Theresa original. Apart from a few wild screeches, towards the end of some tracks, which he seems to revert to when he gets over excited, Sanders, on these tracks is sufficiently interesting to merit investigation. George V Johnson sings some lyrics of his own in praise of Trane’s music but has little that is fresh or valid to the proceedings to offer.